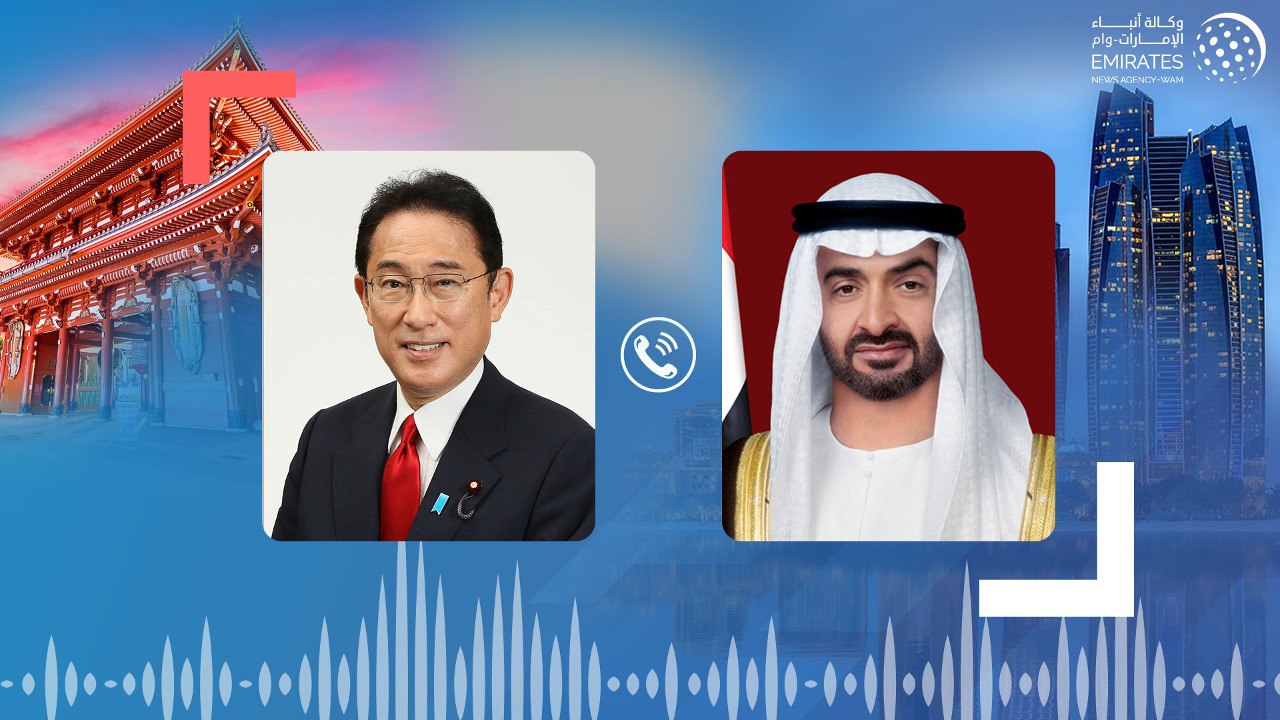 During the call, His Highness and the Japanese Prime Minister discussed the strategic relations between the two countries and ways to strengthen them at all levels.

The leaders also dealt with a number of regional and international issues of mutual interest, especially the developments in Ukraine, its repercussions and the importance of international action to resolve the crisis diplomatically and provide assistance to affected civilians.

During the call, Sheikh Mohamed bin Zayed stressed the UAE's keenness to maintain energy security and stability of global markets in light of recent developments, as well his desire to strengthen relations with Japan, especially energy ties.

The Japanese Prime Minister expressed happiness at the close ties between his country and the UAE and stated Tokyo’s interest in further strengthening these relations.