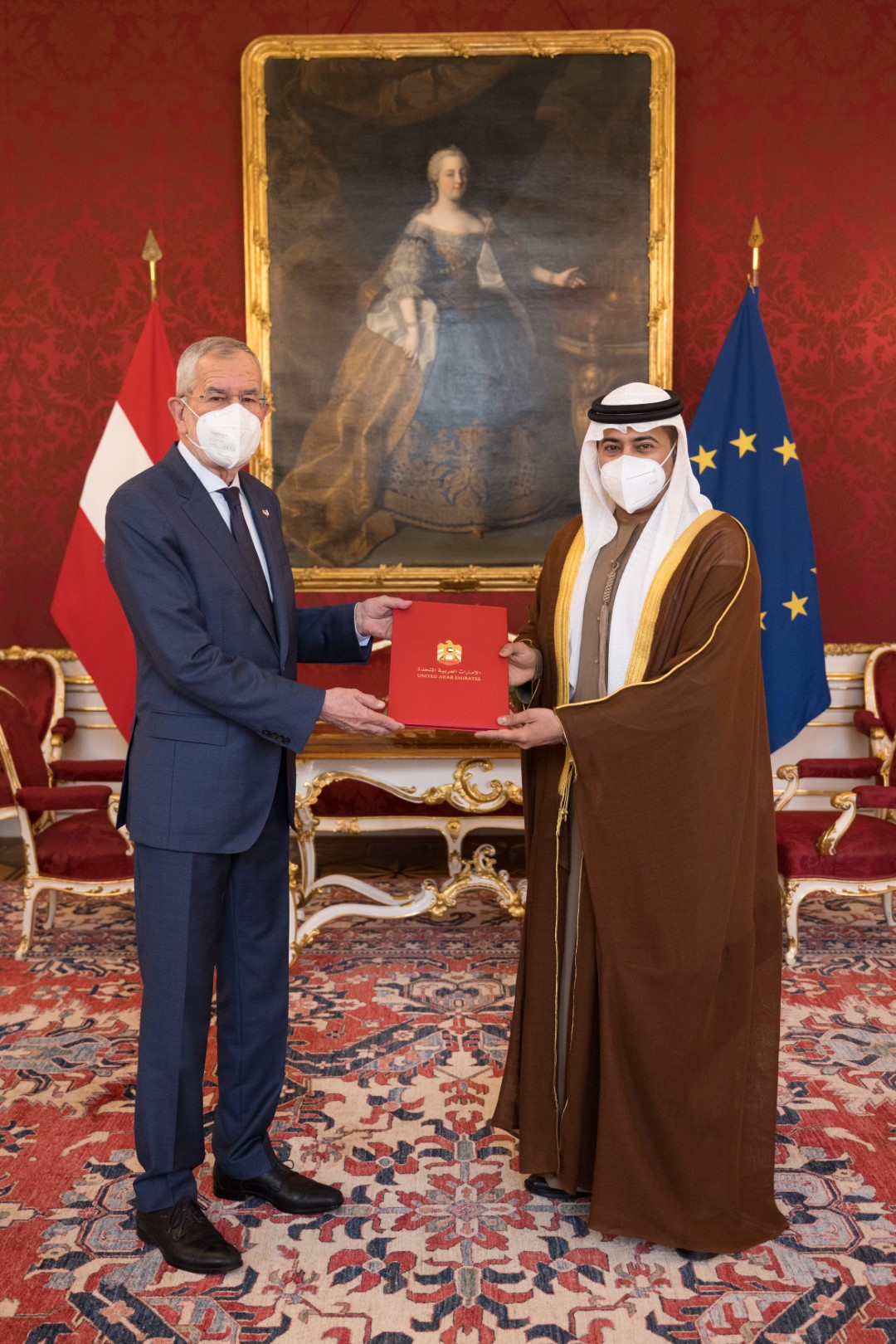 VIENNA, 16th March, 2022 (WAM) -- Hamad Al Kaabi has presented his credentials to President Alexander Van der Bellen of Austria, as the UAE Ambassador to the country.

He also wished Ambassador Al Kaabi success in his duties and efforts to enhance the bilateral ties between the two countries. Hamad Al Kaabi expressed pride in representing the UAE in Austria, highlighting his keenness to advance the relations between both countries.