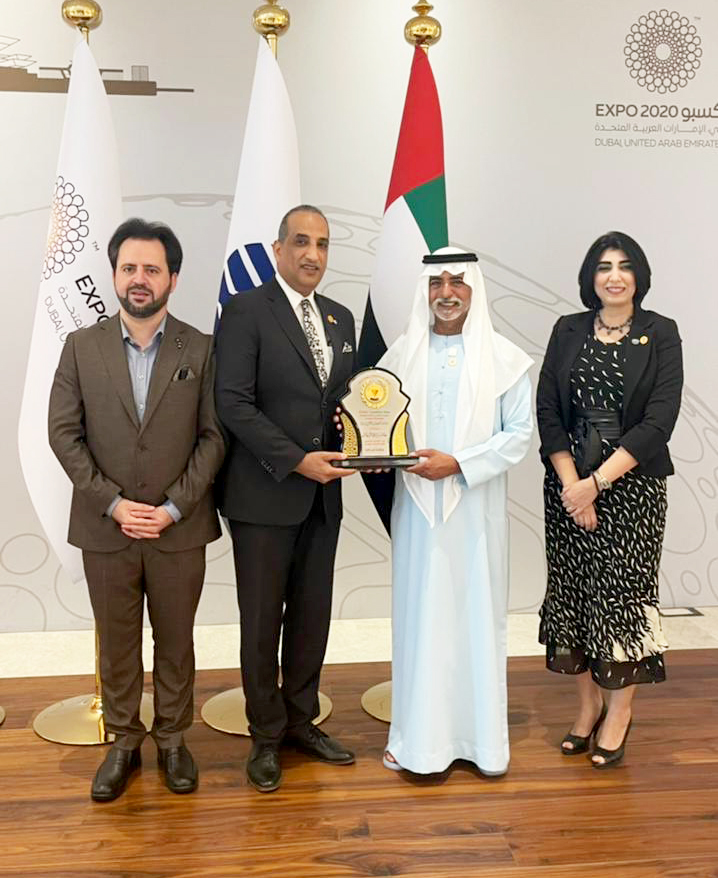 DUBAI, 27th March, 2022 (WAM) -- Sheikh Nahyan bin Mubarak Al Nahyan, Minister of Tolerance and Coexistence, Commissioner-General of Expo 2020 Dubai, has received the medal of "The Most Creative Personality" from 'The Creators Union of Arab', at Expo 2020 Dubai.

The Sheikh Nahyan has unanimously been selected by all the members of the Union's selection committee, who affirmed that Sheikh Nahyan has been deservedly recognised to reflect the UAE's proven ability to continue forging ahead at the forefront of the developed world in terms of the organisation of leading global events.

Dr. Ahmed Nour, President of Creators Union of Arab, said in a statement that the recognition of Sheikh Nahyan, "comes in acknowledgment of his remarkable efforts in leading the file of tolerance and peaceful coexistence in the UAE, whose influence has extended regionally and globally until the nation has become a role model to be emulated for establishing the values ​​of peace, tolerance, dialogue and human fraternity at the global level."