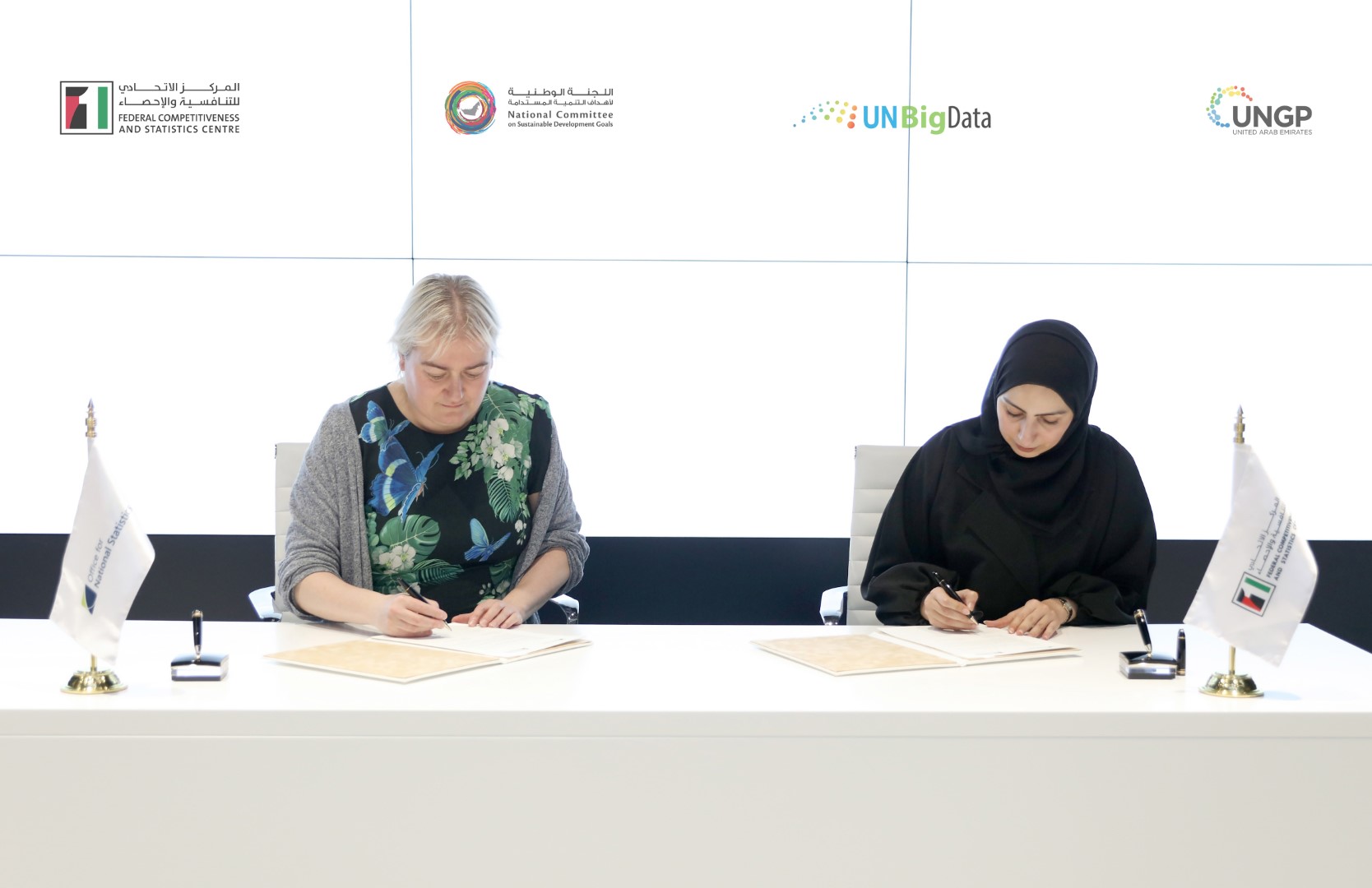 DUBAI, 14th April, 2022 (WAM) -- The Federal Competitiveness and Statistics Centre (FCSC) has signed a cooperation agreement with the UK Statistical Authority, represented by the Office for National Statistics, aimed at strengthening their joint capacities in the areas of national information and statistics and employing big data in government practices.

The agreement was signed in Dubai by Hanan Mansour Ahli, Director of the FCSC, and Dr. Louisa Nolan, Chief Data Scientist at the UK Office for National Statistics.

The UAE government recently announced the official launch of the United Nations Big Data for the Sustainable Development Goals platform, which will meet the needs of the Middle East and North Africa region, with the UAE being one of the four countries selected to be a regional headquarters for the platform.