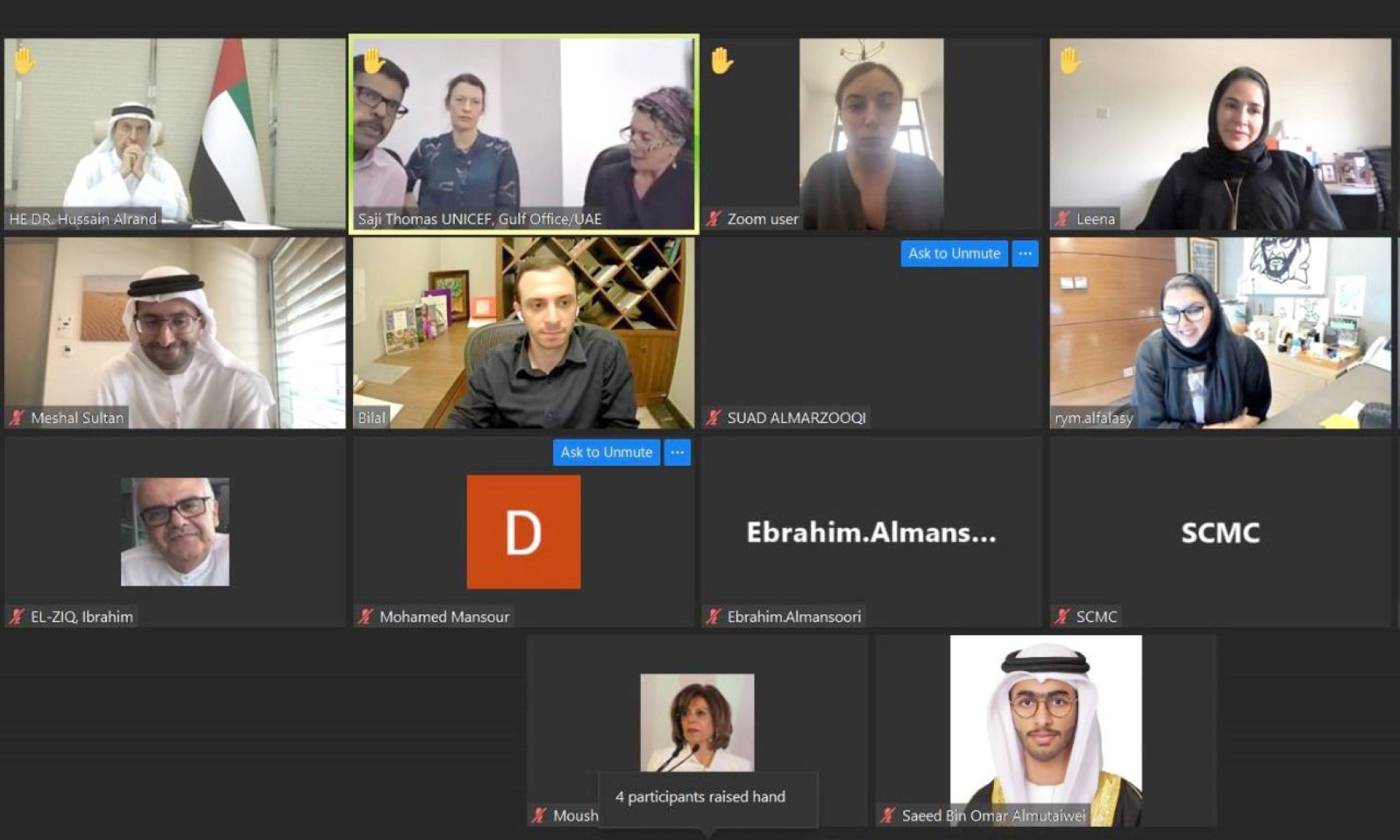 ABU DHABI, 29th April, 2022 (WAM) -- Al Rym bint Abdullah Al Falasi, Secretary-General of the Supreme Council for Motherhood and Childhood, chaired the scientific committee meeting for the Fatima Bint Mubarak Motherhood and Childhood Forum, which will be held in its second edition next November under the slogan "Mother and Child Mental Health."

The meeting, which was held virtually, was attended by members of the committee, including Dr. Moushira Khattab, President of the National Council for Human Rights in the Arab Republic of Egypt, Dr. Hussein Al Rand, Assistant Undersecretary at the Ministry of Health and Prevention, Dr. Ibrahim Al Ziq, representative of the World Health Organisation in the Gulf region, and a number of representatives from the UAE University, Al-Jalila Specialist Hospital for children, and the United Nations Children's Fund (UNICEF).

During the meeting, a number of topics were reviewed, the most important of which were the proposed objectives and topics, and the development of the forum’s vision, which will be held under the kind patronage of Her Highness Sheikha Fatima bint Mubarak, President of the General Women's Union, President of the Supreme Council for Motherhood and Childhood, and Supreme President of the Family Development Foundation, to support the knowledge, capabilities and skills of workers and specialists in the field of childcare and protection, and provide opportunities for promoting best practices and knowledge among workers and specialists in the field of psychological intervention and treatment for children.

The forum also aims to spread social awareness of issues related to children’s mental health, satisfy their needs, protect them, guarantee their rights, and enhance children’s participation in public dialogues related to their concerns and issues, in addition to highlighting the efforts made by the state to develop psychological and social care institutions and services for children.

The council held the first session of the Fatima bint Mubarak Motherhood & Childhood Forum in 2016, coinciding with International Children's Day and UAE Innovation Week, and in the presence of Queen Silvia of Sweden and 300 representatives from the federal and local government, civil society institutions, UN agencies, policy makers and experts in the field. The forum focused on creativity in the field of early childhood development. Her Majesty received during the event the prestigious Sheikha Fatima Medal of First Class in recognition of her contributions towards the welfare and well-being of women and children.