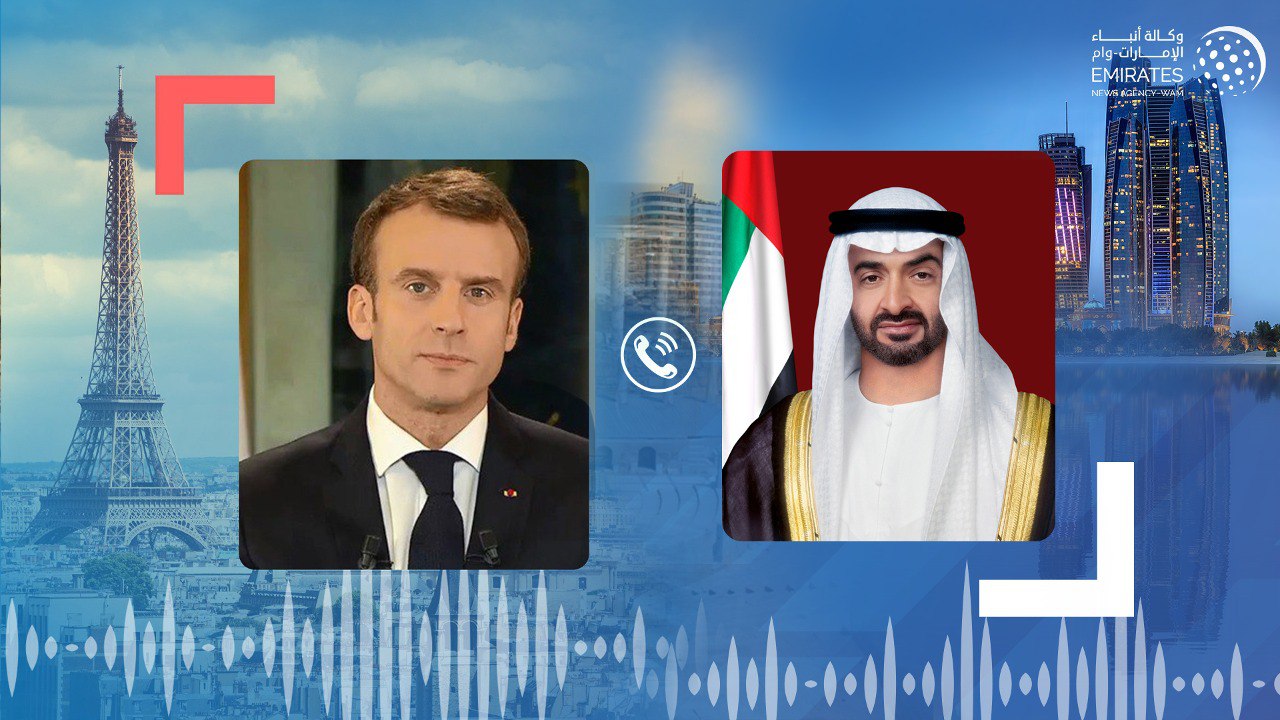 This came in a phone conversation where the two leaders discussed the prospects of enhancing the relations between their countries in various fields.

Sheikh Mohamed said he is looking forward to expanding the cooperation between their countries to serve the interests of their countries and peoples, and continuing joint work to promote peace and stability in the Middle East and globally.

For his part, the French President expressed his thanks and appreciation to His Highness Sheikh Mohamed for the thoughtful gesture, and congratulated him on the occasion of Eid Al Fitr, wishing the UAE and its people further development and prosperity.