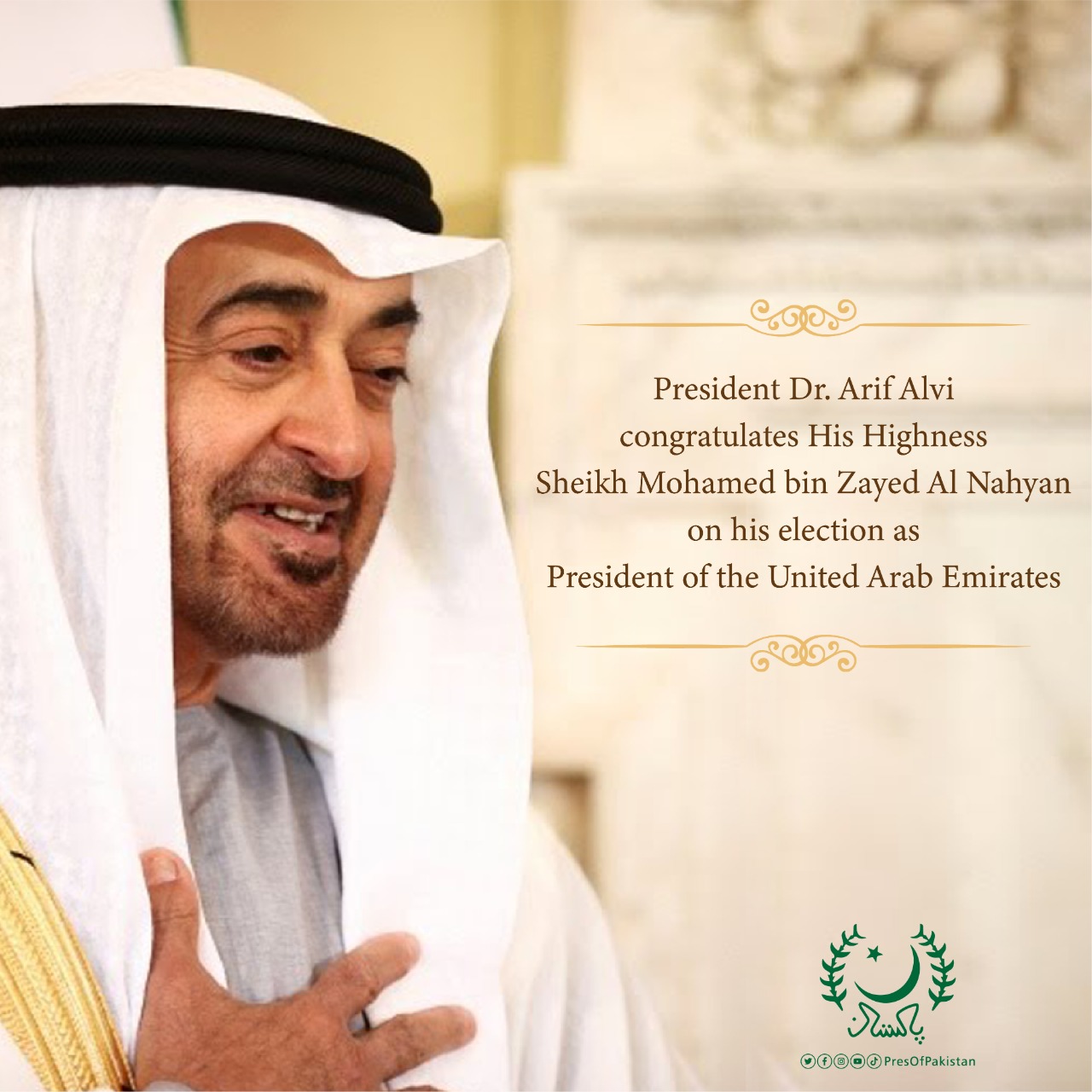 "It is hoped that the UAE will make further progress under your leadership," the President added.