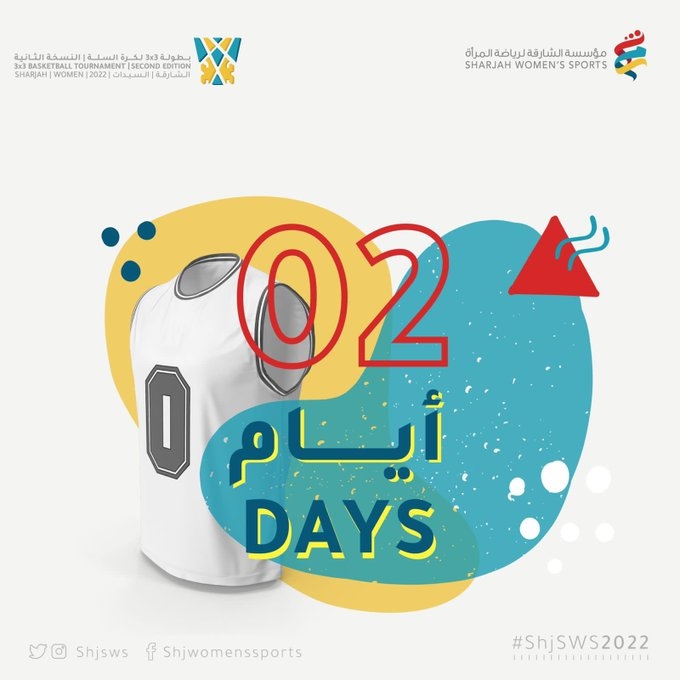 Participation in the championship is open to any group of amateurs, whether citizens or expatriates, with the goal of discovering new talent to join the club after learning about their level and being evaluated by the competent technical departments.

The championship aims to spread the game of basketball and women's sports culture in the UAE in general and Sharjah in particular, as well as to create an atmosphere of competition among various groups of society in a sport characterised by its simplicity, flexibility, and excitement, according to Sharjah Women's Sports Foundation.

It will also contribute to enhancing the sports awareness of all participants and highlighting the great interest that women's sports enjoys thanks to the efforts and unwavering support of H.H. Sheikha Jawaher bint Mohammed Al Qasimi, wife of H.H. the Ruler of Sharjah and Chairperson of the Sharjah Women's Sports Foundation.

Sheikha Jawaher’s continuous support has resulted in several accomplishments in all the technical and administrative parts of the foundation's work system for women's sport.

Noura Al Hamer, Head of Community Sports at Sharjah Women's Sports Foundation, stressed that the 3x3 women's basketball championship is in line with the foundation's integrated strategy to develop women's sports in the UAE in general and the emirate in particular.

She stated that such tournaments highlight Emirati women's participation while providing them a chance to prepare for regional and international competitions, as well as encouraging them to participate in different sports.

Noura said, "The foundation does not organise a championship, workshop, or sports gathering until it initiates the launch of new events and initiatives, putting the development of women players and coaches at the forefront of its priorities, thanks to the vision and guidance of Sheikha Jawaher, who is keen to make women's sport in Sharjah and the UAE a unique model which ensures success and excellence.

"The championship is in line with the foundation's vision of a vibrant women's community that achieves global sporting achievements in a mission to promote women's sport, raise community awareness, and encourage women of all ages to participate in sports, discover talent, and build sports leadership in accordance with the highest ethical standards and authentic Emirati values."