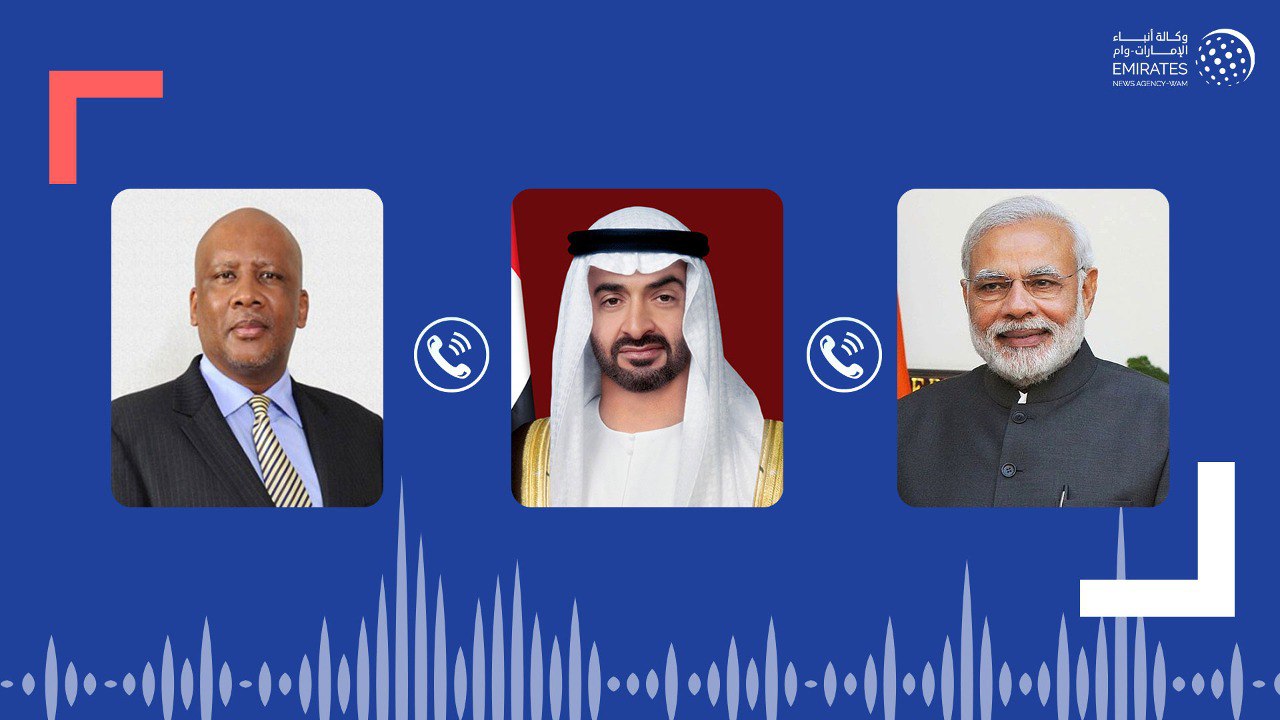 They extended their heartfelt condolences to Sheikh Mohamed, the Al Nahyan family and the Emirati people on the passing of Sheikh Khalifa.

The two world leaders also congratulated Sheikh Mohamed on his election as President of the UAE, wishing him continued success in leading the country towards a new phase of prosperity, gains and qualitative achievements. They noted their determination to continue to expand relations with the UAE on various fronts.

His Highness Sheikh Mohamed expressed his thanks and appreciation for their sincere feelings towards the UAE and its people.

He also thanked them for congratulating him on his election as the new President of UAE, wishing them continued success in leading their nations to further prosperity.