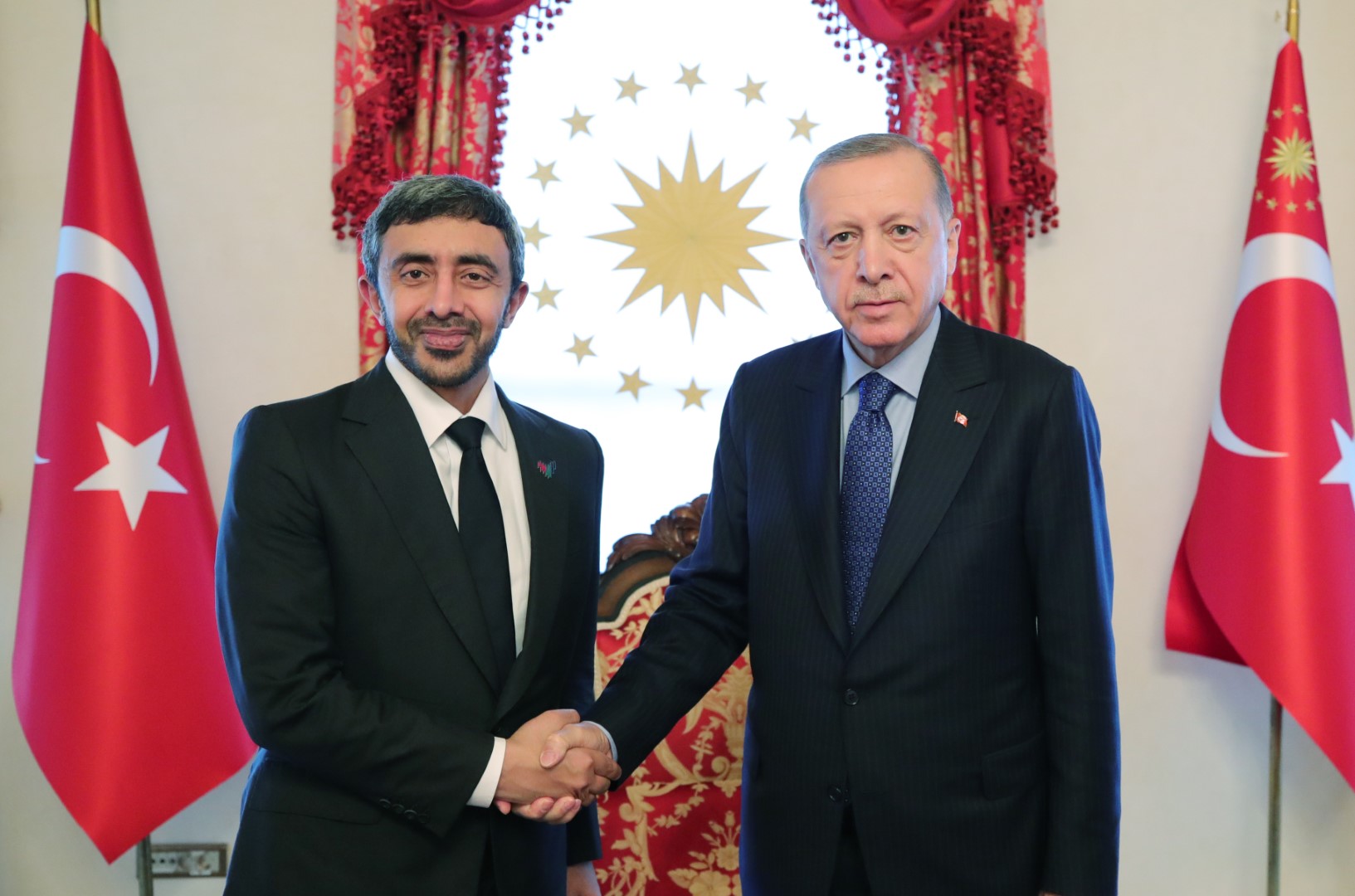 The two sides discussed the prospects of advancing cooperation between their countries across all fields. They also reviewed the situation in the region and the importance of enhancing efforts to establish peace, security and stability. The latest regional and global developments were also addressed during the meeting, including the crisis in Ukraine.

Sheikh Abdullah stressed the keenness of the UAE, under the leadership of President His Highness Sheikh Mohamed, to enhance collaboration with Turkey, and to work together to consolidate the pillars of security and stability in the region and forge ahead with the development efforts to achieve their peoples' aspirations for progress and prosperity.