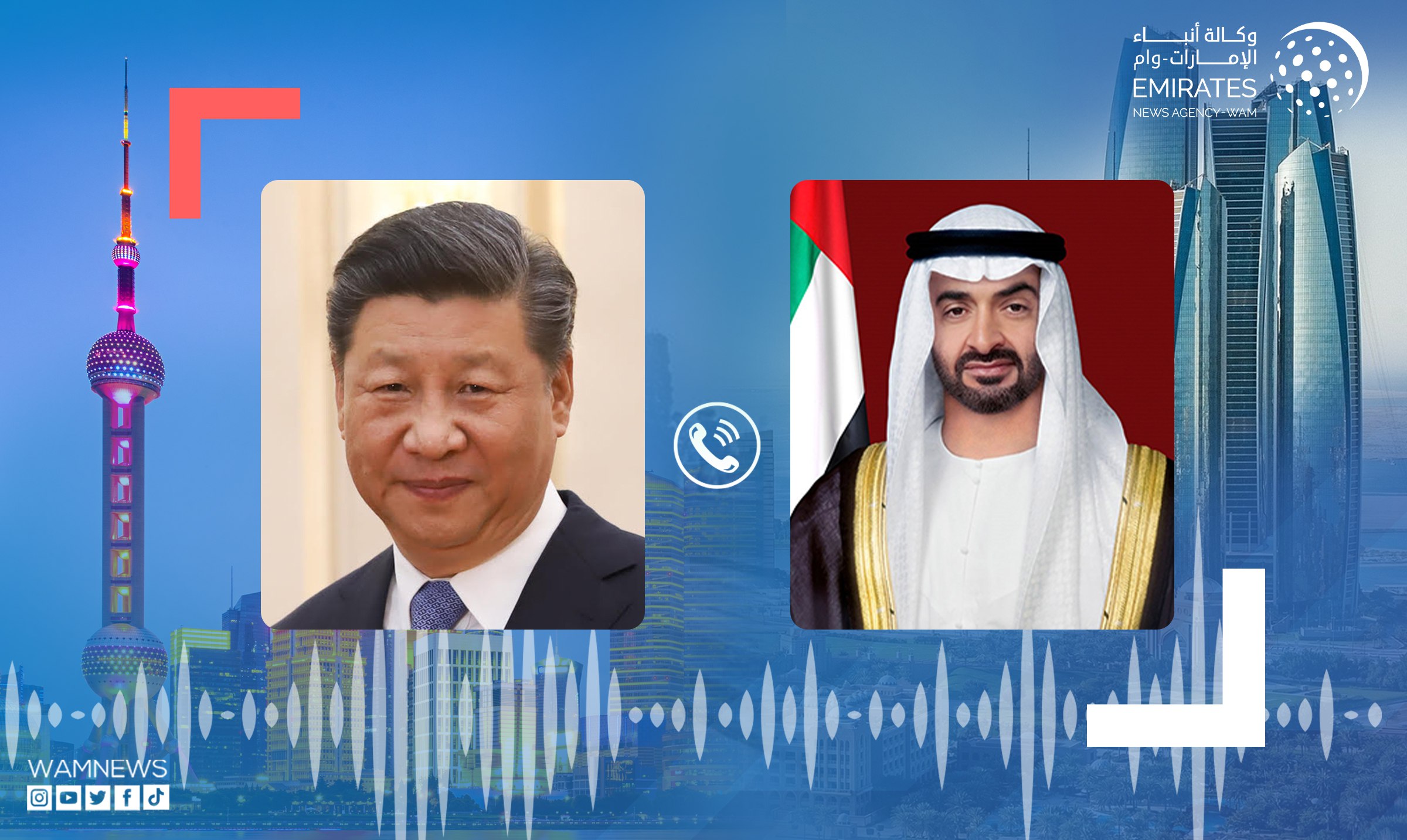 President Xi also highlighted the historic relations between the two countries which were developed by the late Sheikh Khalifa bin Zayed Al Nahyan during his leadership.

During the call, Chinese president also congratulated His Highness Sheikh Mohamed bin Zayed on assuming presidency of the UAE, and wished him good luck and success to achieve the aspirations of the UAE and Emirati people towards new horizons of prosperity and leadership in various domains.

The Chinese president expressed his desire to further work with His Highness Sheikh Mohamed bin Zayed Al Nahyan in the coming period to promote bilateral relations and the existing overall strategic partnership between the two friendly countries.

In turn, President His Highness Sheikh Mohamed bin Zayed extended thanks and appreciation to the Chinese president for his warm feelings towards himself and the people of the UAE, while stressing the strong and distinguished UAE-Chinese ties as well as keenness on enhancing them at all levels.