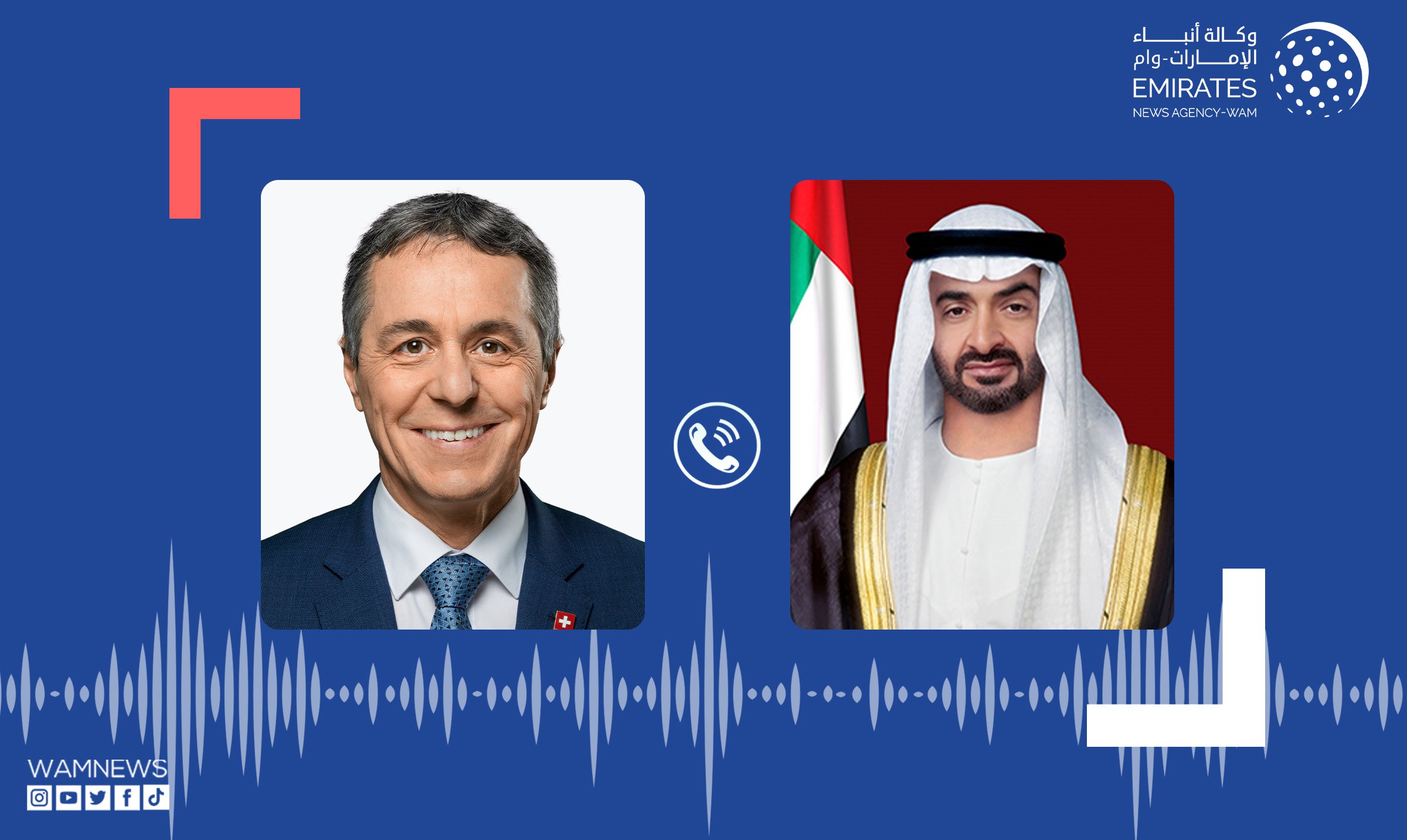 President Cassis also congratulated His Highness Sheikh Mohamed bin Zayed on assuming presidency of the UAE, and wished him good luck and success to achieve the aspirations of the UAE towards further progress and prosperity.

He expressed his country's keenness to further enhance and diversify its cooperation and partnership with the UAE in the coming period to serve the goals of sustainable development in both friendly countries and for their mutual benefit.

In turn, President His Highness Sheikh Mohamed bin Zayed extended thanks and appreciation to the Swiss President for his warm feelings towards himself, the UAE and its people, wishing the bilateral relations further progress and development.

During the call, the two sides also discussed friendship relations and the expansion of partnership between the UAE and Switzerland in all current and future vital sectors.