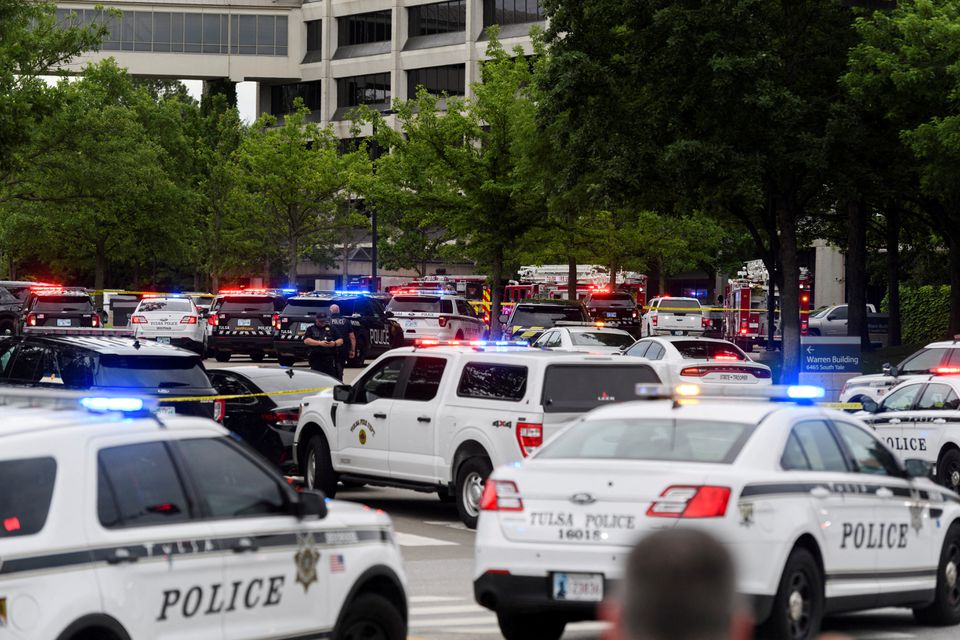 TULSA, 2nd June, 2022 (WAM) -- A man armed with a rifle and a handgun killed four people inside a medical building in Tulsa, Oklahoma on Wednesday before fatally shooting himself, police said, in the latest of a series of mass shootings to rattle the United States.

Police arrived at the St. Francis Hospital campus three minutes after receiving a call about the shooting on Wednesday afternoon and followed the sound of gunfire up to the Natalie Building's second floor, Tulsa deputy police chief Eric Dalgleish told reporters.

The officers made contact with the victims and the suspect five minutes later, Dalgleish said.

Police in Tulsa said they were trying to determine the suspect's identity, who they estimated was aged between 35 and 40, and had no details yet on his motive.