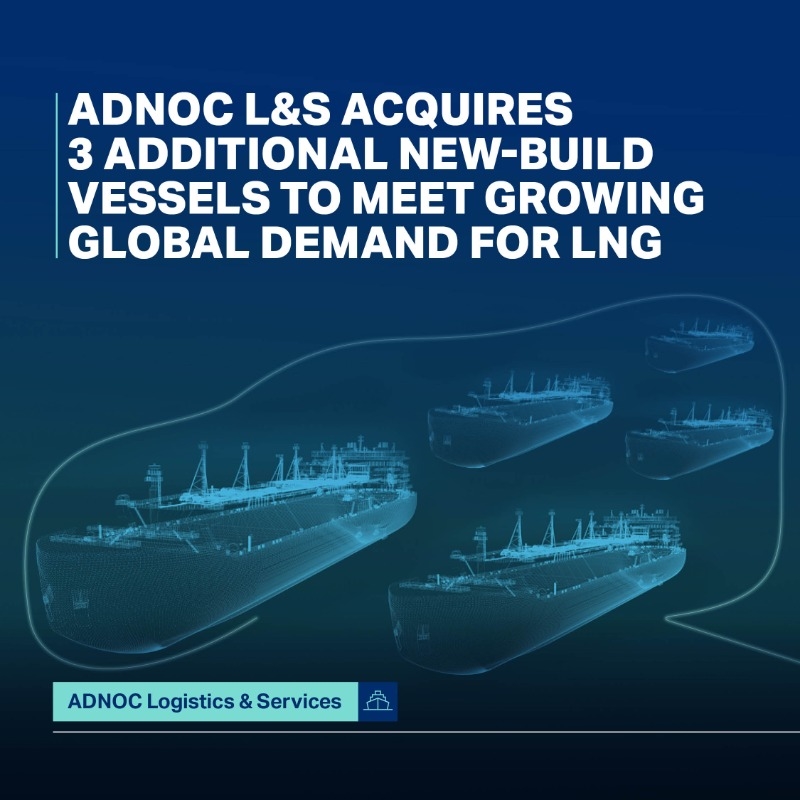 ADNOC L&S is the region’s largest shipping and integrated logistics company and the state-of-the-art new-build vessels will bolster the company’s capacity as it responds to the growing global demand for LNG.

"Several dynamics are strengthening the LNG market which makes the timing of these acquisitions particularly significant. This includes a renewed emphasis on energy access and security, as well as new environmental regulations that favor more fuel-efficient vessels, such as the new-builds that we are purchasing."

Lin Ou, Chairman of Jiangnan Shipyard, said, "We would like to thank ADNOC L&S for its continued collaboration with Jiangnan. We are committed to the promotion of new efficient, energy-saving and environmentally-conscious vessels and proud to be able to support ADNOC L&S’ growth strategy for the future."

The acquisition of larger, more energy efficient vessels will allow ADNOC L&S to meet growing customer demand while improving the environmental footprint of its fleet. The new vessels’ engine technology will reduce emissions (CO2, NOX and SOX) and in combination with the innovative Air Lubrication System, further reduce fuel consumption by at least 10 percent.