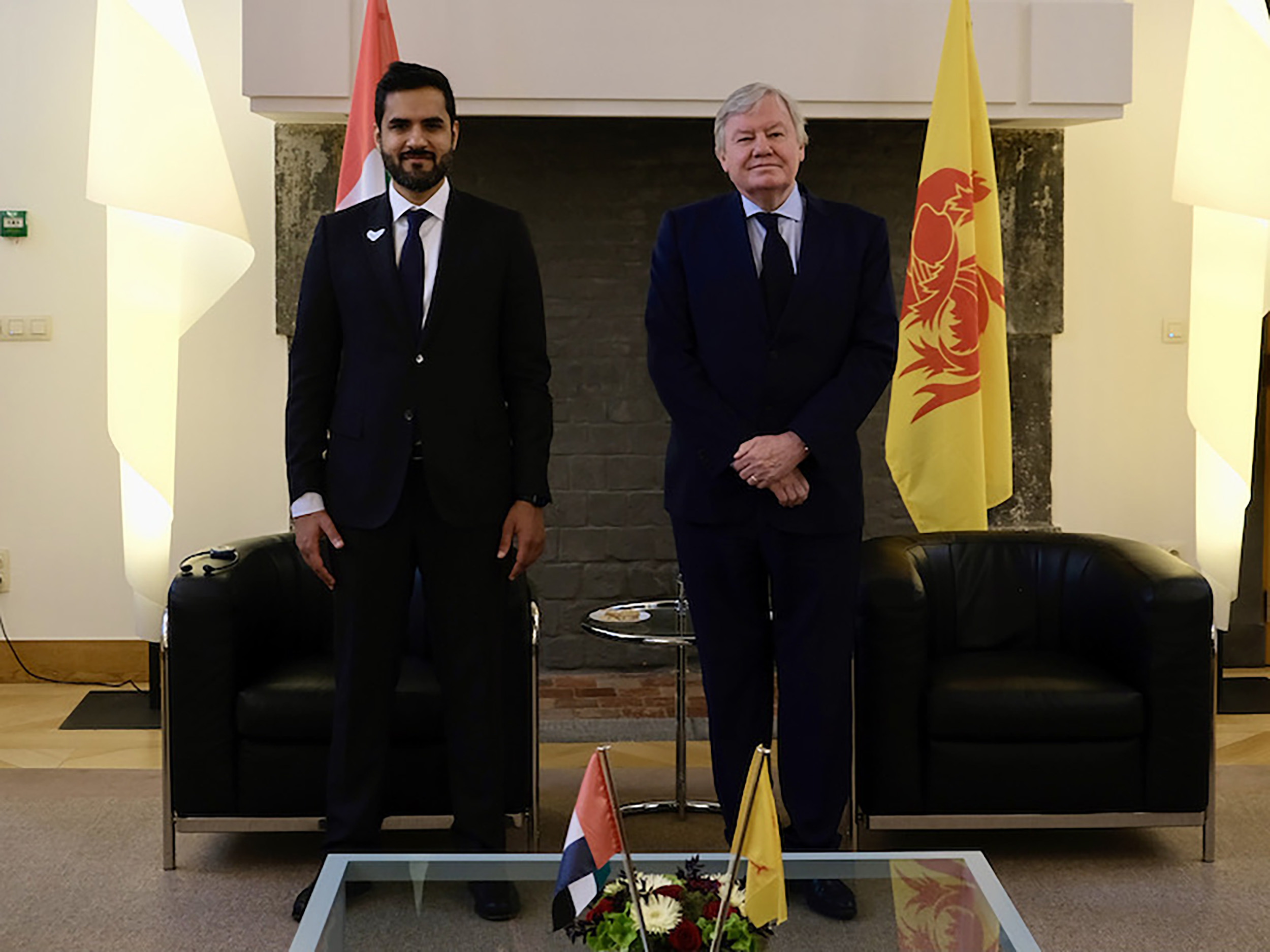 NAMUR, 24th June, 2022 (WAM) -- The President of the Wallonia Provincial Parliament, Jean-Claude Marcourt, has received the UAE Ambassador to the Kingdom of Belgium, the European Union, and the Grand Duchy of Luxembourg, Mohamed Al Sahlawi.

The meeting discussed bilateral relations between the UAE and Wallonia, as well as ways to enhance cooperation, especially in the fields of economy, industry, and commerce.

Mohamed Al Sahlawi also took the opportunity to thank Wallonia for its participation in Expo 2020 Dubai and for arranging the Wallonia-Brussels Visibility Week at the Belgian Pavilion.

The Wallonia region has a representative office in the UAE, with the Wallonia Export and Investment Agency in Dubai and Abu Dhabi.