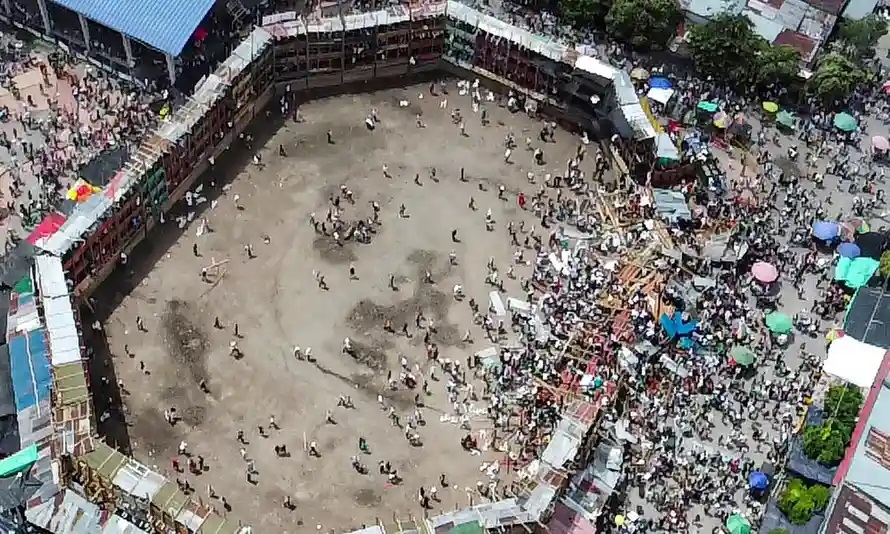 The disaster took place in a stadium in the city of El Espinal in Tolima state during a traditional event called "corraleja"‌ in which members of the public enter the ring to engage the bulls.

Videos taken during the bullfight show a multi-story section of the stands collapsing as people screamed.