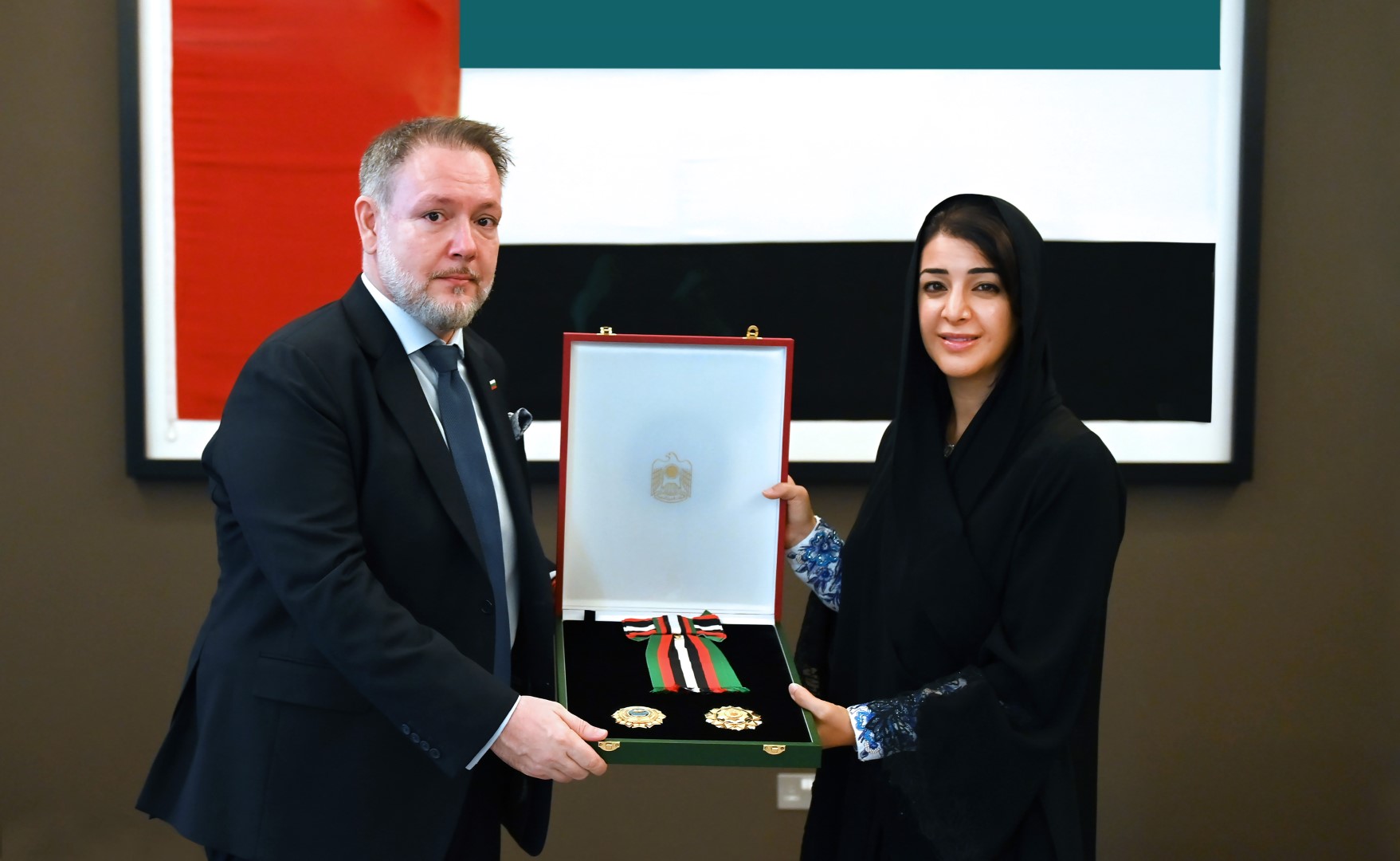 ABU DHABI, 30th June, 2022 (WAM) -- President His Highness Sheikh Mohamed bin Zayed Al Nahyan awarded Bogdan Kolarov, Ambassador of the Republic of Bulgaria to the UAE, the Medal of Independence of the First Order, on the occasion of the end of his tenure as ambassador to the country.

Moreover, Al Hashemy thanked Kolarov for his efforts, wishing him success in his future endeavors.

For his part, Kolarov affirmed his pride in receiving the medal, which represents the depth of friendship and bilateral cooperation between the UAE and Bulgaria.

He also noted his country's enduring aspiration for close cooperation to serve the interests of the two countries and peoples.

Kolarov concluded by thanking all government entities in the UAE for their collaboration, which contributed to the success of his mission in strengthening relations between the two countries.