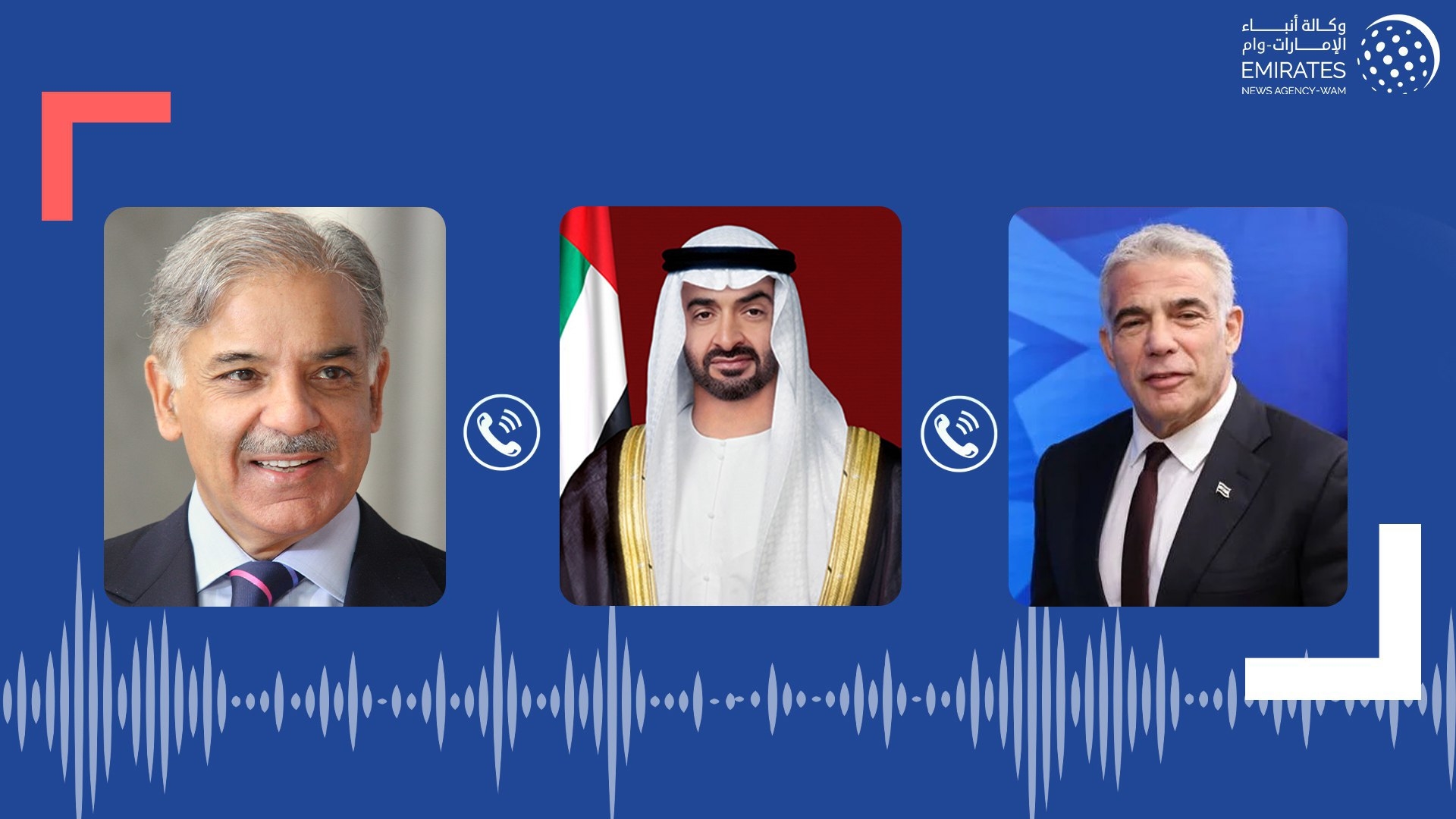 The two officials congratulated President His Highness Sheikh Mohamed bin Zayed, wished him continued health and happiness, and the UAE and its people further progress and wellbeing.

The UAE President also congratulated Yair Lapid on assuming his duties as Prime Minister of Israel, wishing the bilateral relations between the two countries to further grow and develop in a way that will serve mutual interests and consolidate the foundations of peace in the region.