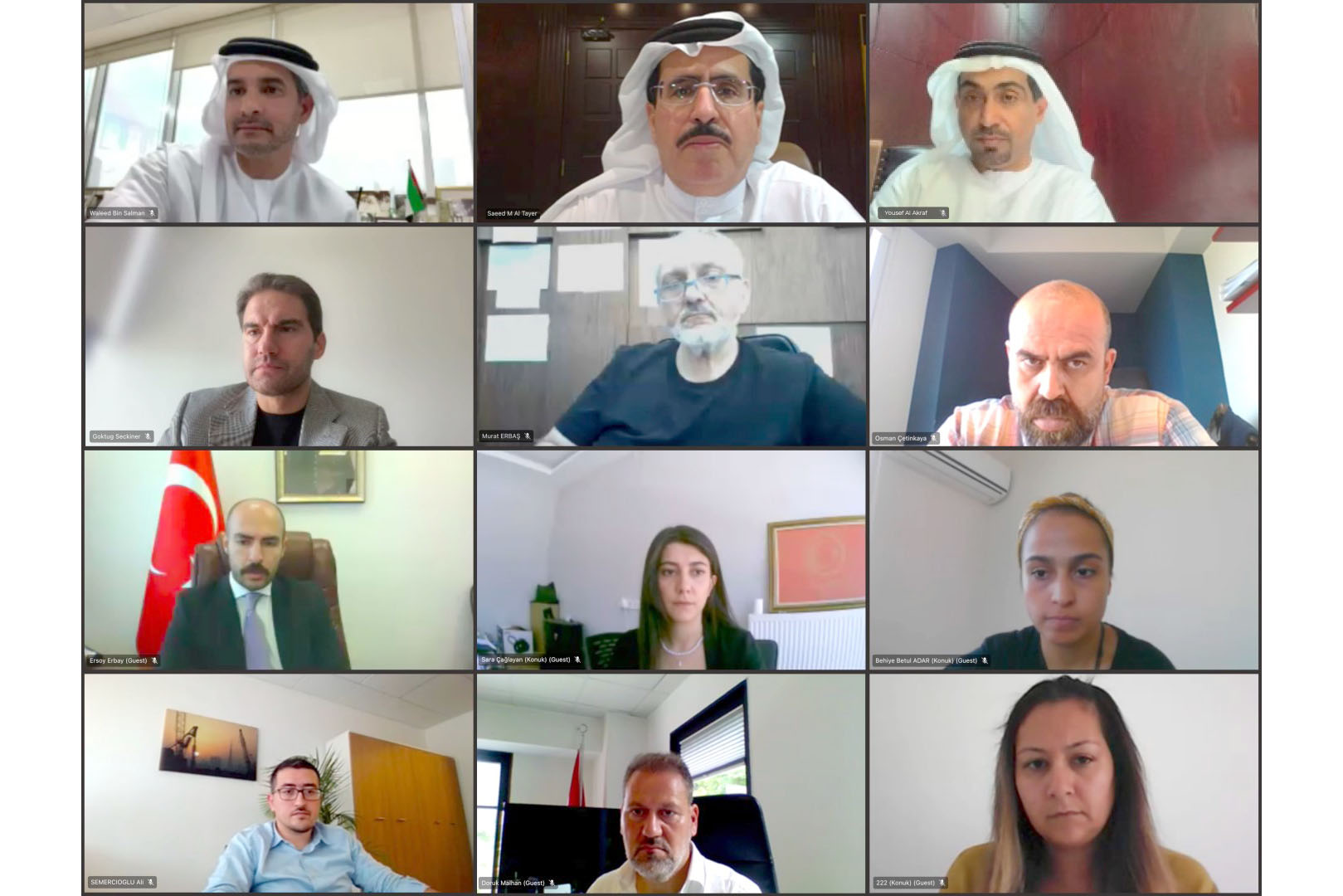 Saeed Mohammed Al Tayer, MD&CEO of DEWA, gave a speech during the seminar, which was attended by 117 participants.

He highlighted DEWA’s key projects and initiatives, especially in clean and renewable energy.

He also talked about the development of trade relations between the United Arab Emirates and the Republic of Türkiye.

"Our two nations have strong economic ties together. The UAE is Türkiye’s first trade partner in the Arab region and it ranks second in direct investments among the GCC countries. The two countries have ratified a Comprehensive Economic Partnership Agreement (CEPA) which is expected to double the bilateral trade between us from the current AED50.32 billion (US$13.7 billion).

"In line with the vision of our wise leadership, we have a clear strategy and specific goals to increase the share of clean and renewable energy in Dubai’s energy mix. In line with this direction of our government, we have launched pioneering projects and initiatives to diversify clean energy sources. These include different clean and renewable energy sources and technologies such as solar photovoltaic systems, Concentrated Solar Power (CSP), green hydrogen production using solar power as a new clean energy source of the future and pumped-storage hydroelectric power technology. We will continue to work hard to achieve these ambitious goals. The Mohammed bin Rashid Al Maktoum Solar Park is part of DEWA’s efforts to support the Dubai Clean Energy Strategy 2050 and the Dubai Net Zero Emissions Strategy 2050 to achieve 100 percent production capacity from clean energy sources by 2050. Implemented through our Independent Power Producer (IPP) model, the solar park is the largest single-site solar park in the world with a planned total capacity of 5,000MW by 2030, with investment of AED50 billion (US$13.6 billion)," added Al Tayer.

"DEWA plans to invest over AED 40 billion in capital expenditure in five years, mainly for the expansion of renewable and clean energy projects. Today, DEWA has a strong world-class infrastructure to meet the ever-increasing demand, support the growth of a green economy and create a competitive advantage for generating clean energy and adopting energy-efficiency technologies. We have already moved away from the conventional engineering, procurement, and construction (EPC) model for power and water production projects, to the Independent Power and Water Producer (IPWP) model which has proven highly beneficial for DEWA. This has reduced our capital expenditure per megawatt of installed capacity, attracted investments of around AED 40 billion (US$10.9 billion) into Dubai, and succeeded in establishing several world records for the lowest solar power and desalinated water Levelised Costs, that have become a global benchmark," Al Tayer explained.

"In Dubai, we are always interested in exploring advancements in international technology to further broaden our horizons and team up with international partners in energy for deploying their innovative technology and improve our services. In this regard, I am convinced that there is much that companies in Türkiye can offer to the UAE and the region," concluded Al Tayer.

Dr. Yousef Al Akraf, Executive Vice President of Business Support and Human Resources at DEWA, gave a presentation on WETEX and Dubai Solar Show, which is organised by DEWA.

WETEX is the largest exhibition of its kind in the region and one of the largest specialised exhibitions in the world. It brings together prominent global companies to showcase the latest technologies, solutions, and innovations in energy, water, sustainability, green technologies, renewable and clean energy, conservation, green buildings, electric vehicles and other vital sectors.