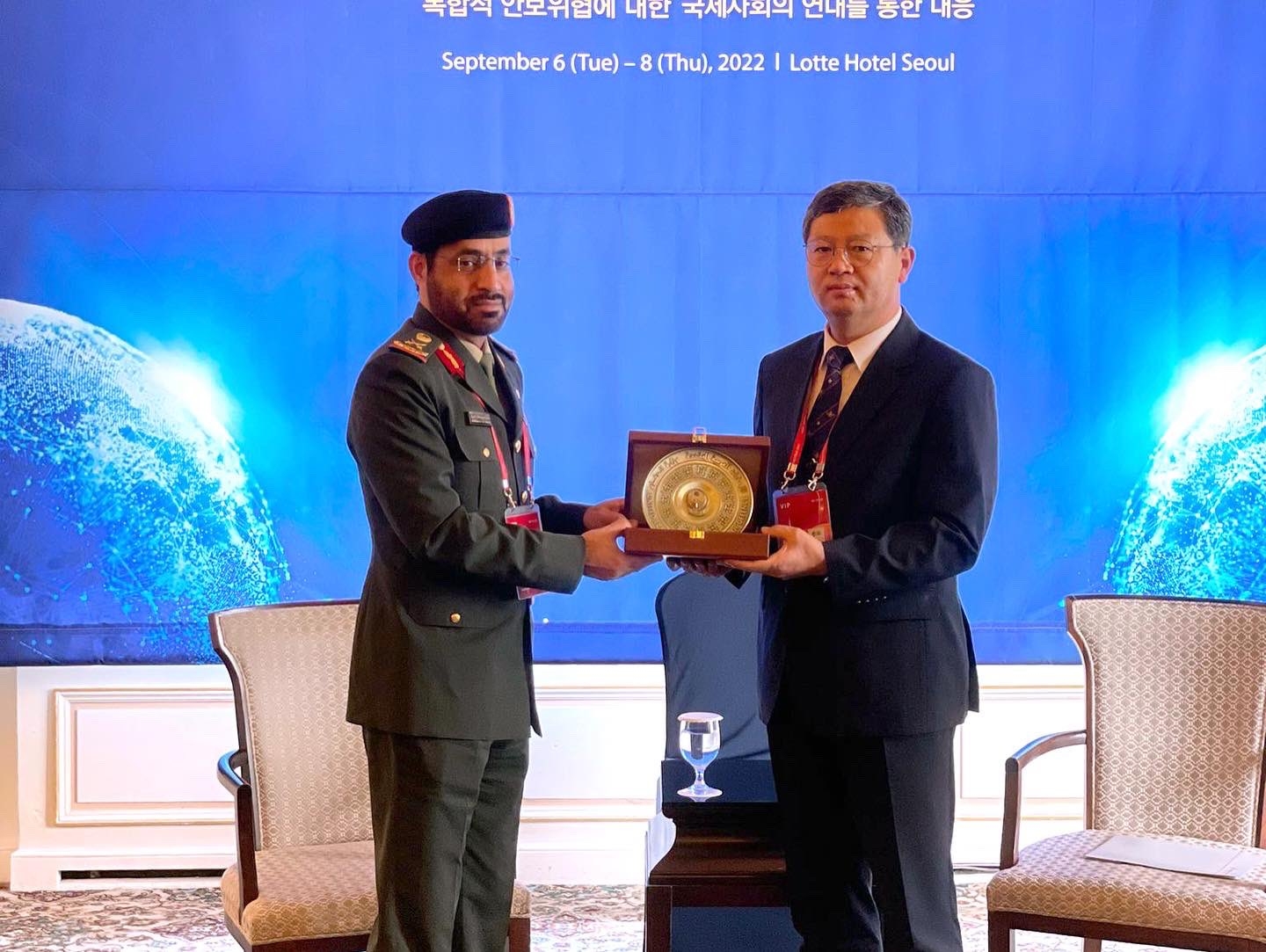 The 10th annual Seoul Defence Dialogue was organised by the Ministry of National Defence in the Republic of South Korea.

The three-day forum was attended by a number of senior government officials and civilian experts in the field of security and defence from 54 countries to discuss various current global security issues.

On the sidelines of the forum, Major General Dr. Al Jabri met with Eom Dong-hwan, Minister of the Defence Acquisition Programme Administration; and Yoo Dong-Jun, Director of Power Resources Management Office of the Ministry of National Defence.

The meetings dealt with a number of issues of common interest, and the two sides commended the deep historical relationship between the two countries, especially in the defence and security fields, and ways to develop them to serve the interests of the two friendly countries.