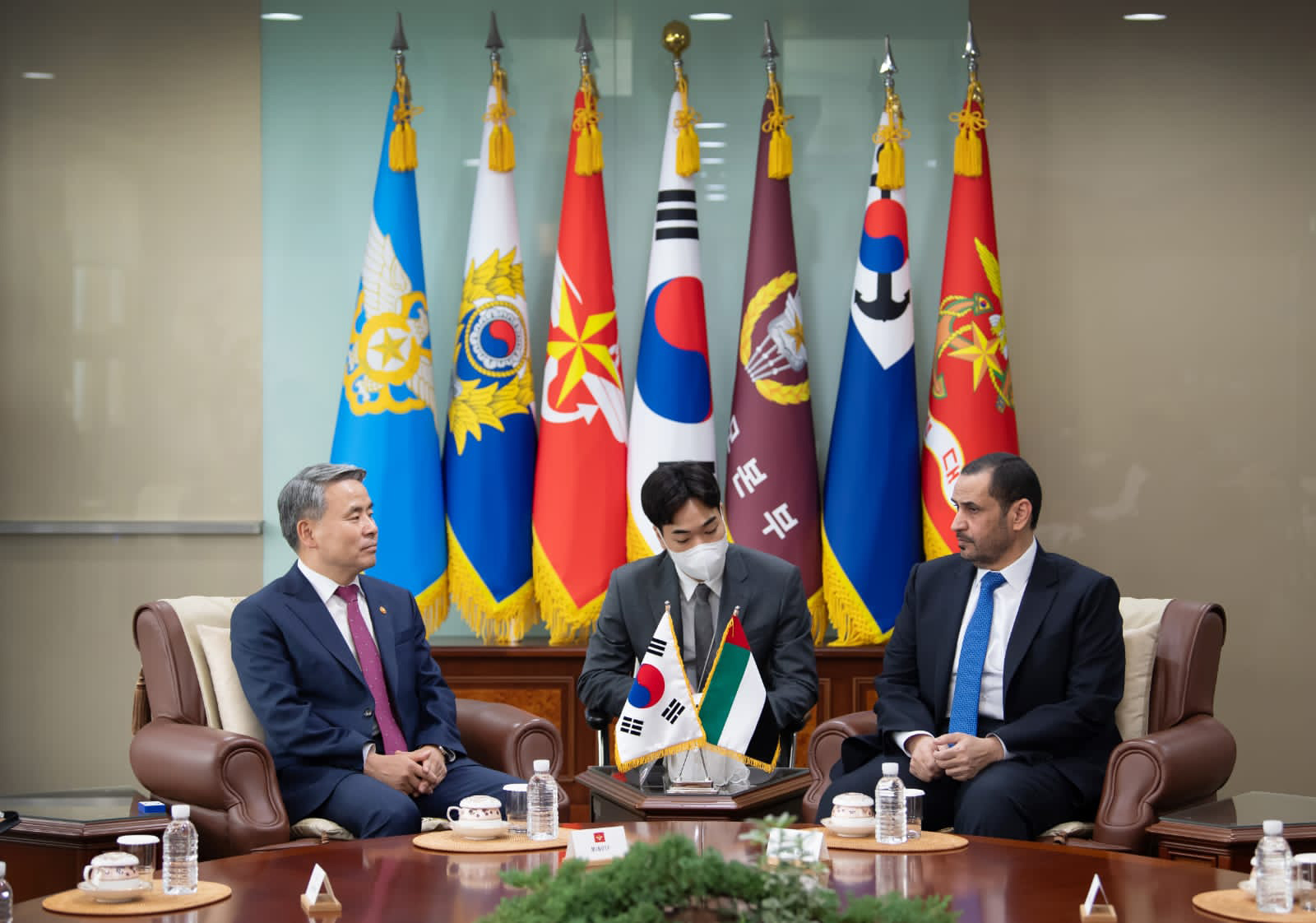 During the meeting, the two sides discussed bilateral relations and ways to enhance joint cooperation to achieve their mutual benefit across various domains, especially military and defence.

In that regard, the UAE-Korea Supreme Military Joint Committee held its meeting in the capital, Seoul, where Al Dhaheri headed the Emirati side, while the Korean side was headed by Shin Bum Chol, South Korea's Deputy Minister of National Defense, in the presence of a number of senior Defence Ministry officials from both sides.