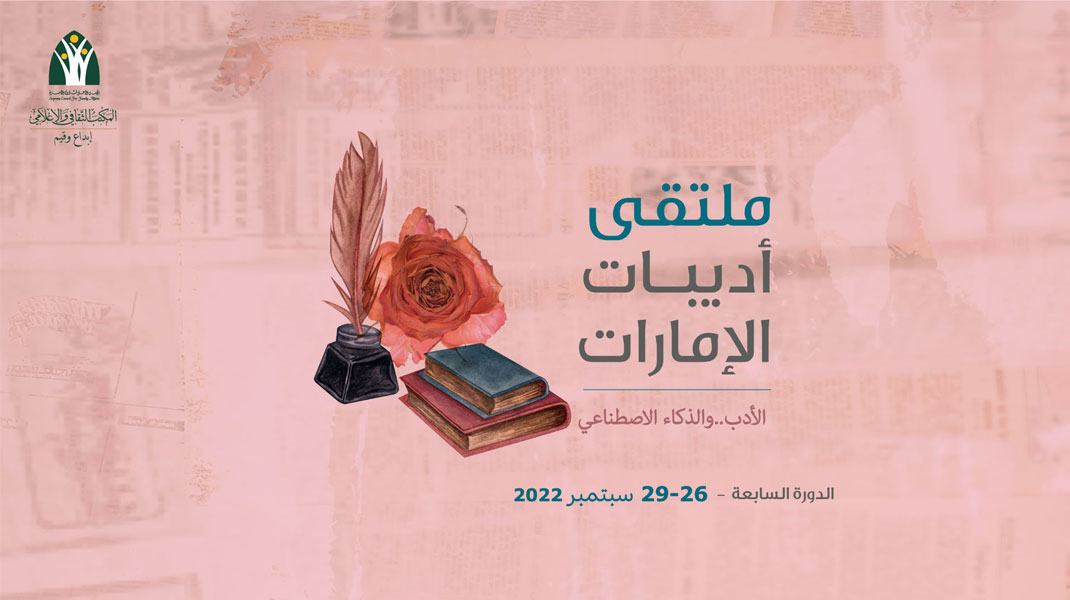 SHARJAH, 23rd September, 2022 (WAM) -- Under the patronage of the wife of His Highness the Ruler of Sharjah, Sheikha Jawaher bint Mohammed Al Qasimi, Chairperson of the Supreme Council for Family Affairs (SCFO) in Sharjah, the activities of the seventh edition of the UAE Women Writers Forum, organised by the Cultural and Media Office of SCFO, will be launched next Monday morning.

Themed "Literature and Artificial Intelligence", the four-day event, which runs from 26-29 September, will see the participation of about 25 Emirati writers and poets. The sessions include the dialectical relationship between modern literature and the recipient, in addition to the Emirati city in the Emirati novel.

Salha Ghabish, Director of the Cultural and Media Office, said, "Throughout its previous edition and up to today, the UAE Women Writers Forum has kept pace with many literary and cultural issues that are mainly associated with the creations produced by women, as well as to the questions raised about the relationship of literature to life and man and all the developments imposed by modern life."

She added, "There is no doubt that creativity is not isolated from all of that, but rather it reflects the image of the current reality, anticipating the future, with the vision that the creator has based on the current human product in all fields, so we chose this year the slogan of literature and artificial intelligence to ask the question of 'Can artificial intelligence serve literature and creativity, especially after we heard about poems composed by robots, as one of the Western poets said?'."