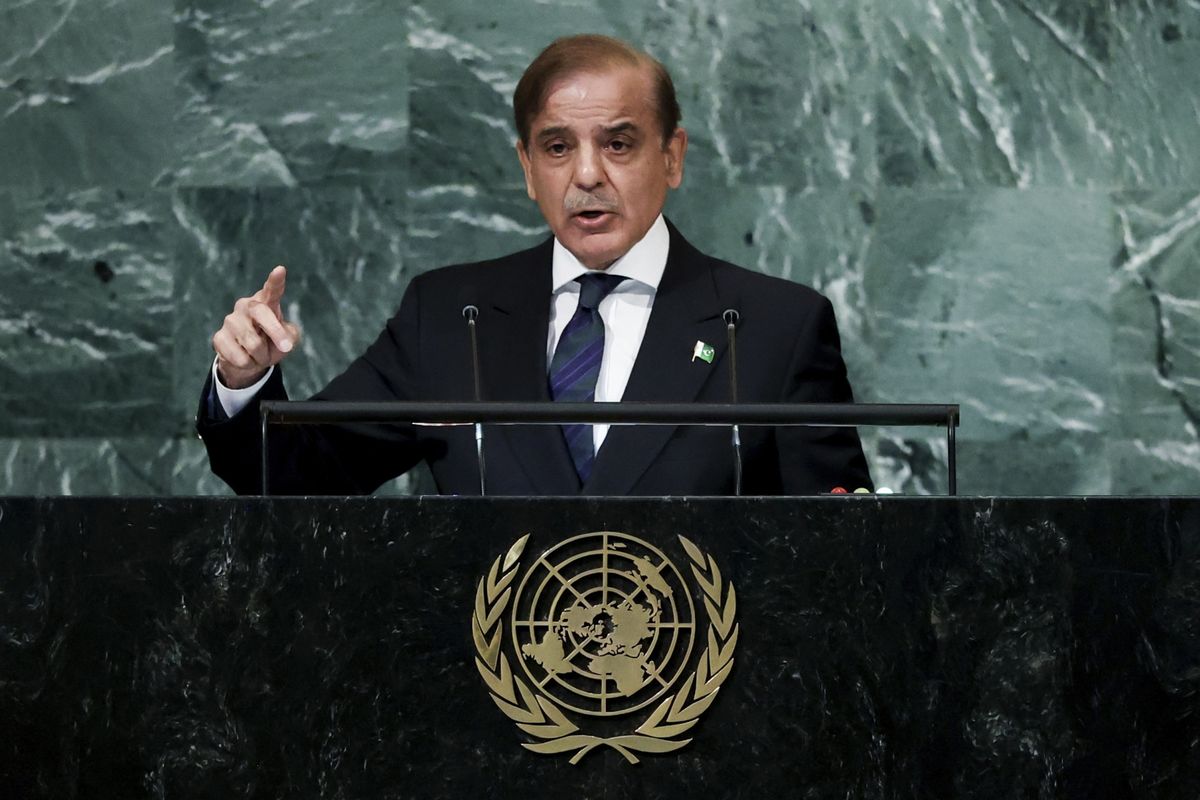 NEW YORK, 23rd September, 2022 (WAM) -- With huge swathes of his country still under water following recent devastating floods, Pakistan’s Prime Minister appealed on Friday for global support to help his country face the consequences of a climate catastrophe the likes of which it has never seen before.

"No words can describe the shock we are living through or how the face of the country lies transformed," Muhammad Shehbaz Sharif told the General Assembly’s annual high-level debate.

"For 40 days and 40 nights a biblical flood poured down on us, smashing centuries of weather records, challenging everything we knew about disaster, and how to manage it."

Close to eight million people have been displaced by the disaster, according to the UN, which along with the authorities and partners have continued to reach affected populations with desperately needed relief items. To date, more than 1,500 people have been killed, including 552 children.

The Prime Minister noted that some 33 million people are now at risk of health hazards; more than 13,000 kilometres of roads have been damaged; one million homes have been destroyed and another million damaged; and four million acres of crops have been washed away.

"Pakistan has never seen a starker and more devastating example of the impact of global warming," he stressed. "Life in Pakistan has changed forever."

On his visit to the country earlier this month, UN Secretary-General António Guterres said he had never seen "climate carnage on this scale," and called for urgent financial support to help Pakistan, saying it is not just a question of solidarity but a question of justice.

The Prime Minister noted: "Nature has unleashed her fury on Pakistan without looking at our carbon footprint, which is next to nothing. Our actions did not contribute to this."

He added that the current priority is to ensure rapid economic growth and lift millions out of destitution, which requires a stable external environment.