Over 1.3 million people were employed in the sports sector in the EU in 2021 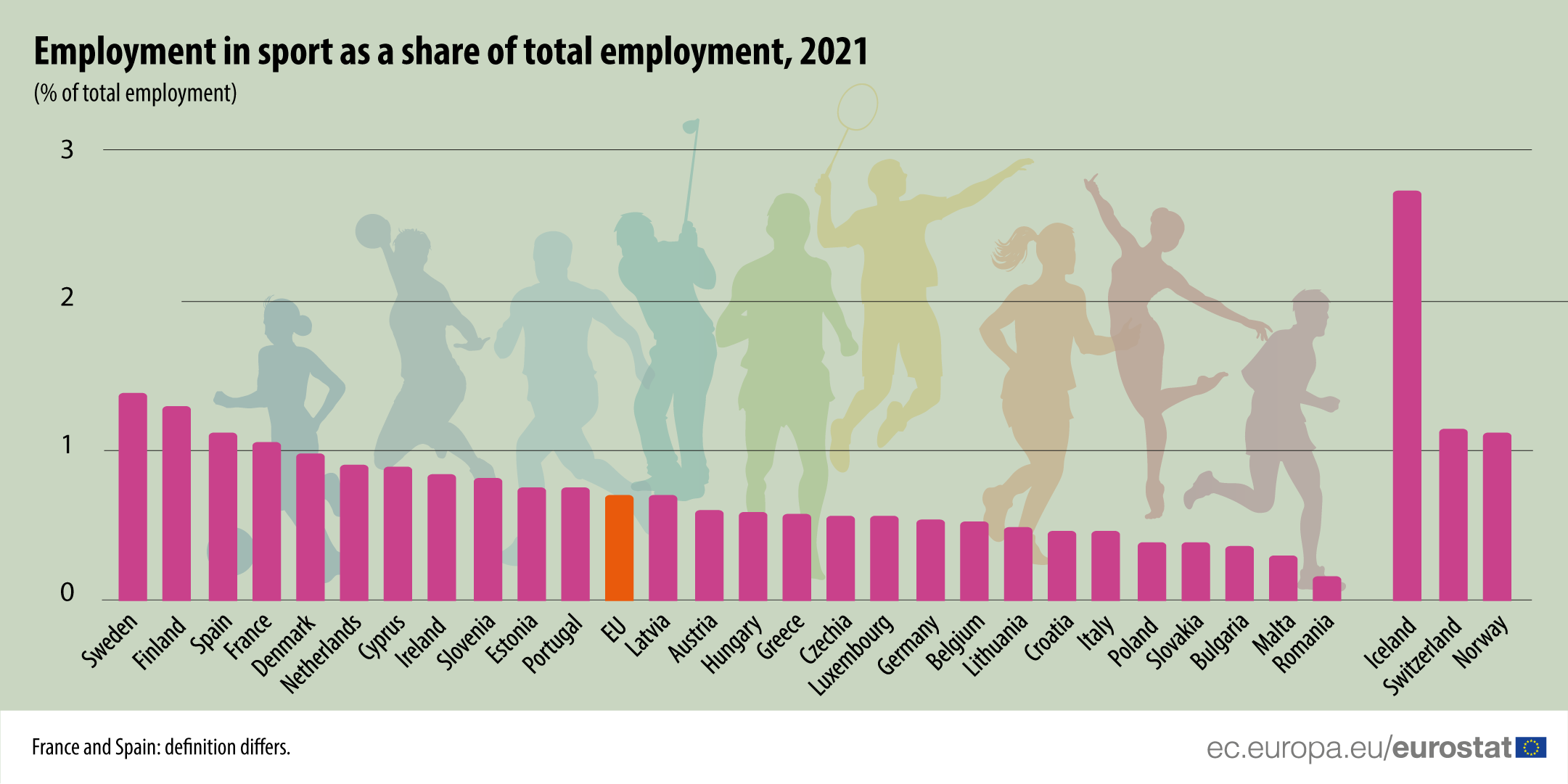 BRUSSELS, 24th September, 2022 (WAM) -- In 2021, 1.37 million people were employed in the sports sector in the EU, representing 0.7% of total employment. At the EU level, the number of people working in sport in the EU recovered after dipping during the height of the COVID-19 pandemic lockdowns (1.37 million employees in 2019; 1.31 in 2020), according to Eurostat, the statistical office of the European Union..

In the sports sector, men were more represented than women (55% and 45%, respectively), resulting in a slightly larger gender gap than that observed for overall employment (54% and 46%, respectively).

When it came to age, 32% of those employed were young people (aged 15-29), almost twice the share observed for overall employment (17%). People aged 30-64 represented 65% of sport employment, 15 percentage points less than the share reported for total employment.

Almost half (47%) of those employed in the sport sector had a medium level of education (International Standard Classification of Education levels 3-4), followed by those with tertiary education (ISCED 5-8) with 40% (3 percentage points higher than those in total employment). People who achieved lower education (ISCED 0-2), accounted for 13% of employment in sport.