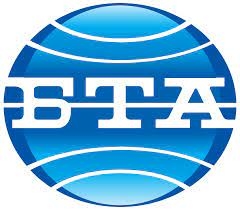 SOFIA, 1st October, 2022 (WAM) --The Bulgarian News Agency (BTA) has started work on a project promoting cohesion policies to achieve the European Commission's policy objectives of supporting job creation, business competitiveness, economic growth and improving the citizens' quality of life. A special focus will be on the local community.

BTA Director General Kiril Valchev said: "After Bulgarian Voices for Europe, this is the next BTA project which enriches the news agency's activities and content while respecting the principle of guaranteeing its financial independence by accepting additional funding only from organisations of which Bulgaria is a member, such as the EU, NATO, the UN, UNESCO, etc."

The specific objectives of the project set by BTA are:

-To provide a better understanding of the role of Cohesion Policy in Bulgaria;

-To raise awareness of projects in Bulgaria funded by the EU through Cohesion Policy;

-To promote an open dialogue on Cohesion Policy, the results of its implementation at local level, its role in the implementation of EU policy priorities and the future of the Union;

-To achieve the general and specific objectives, BTA is planning to use a media mix, including innovations such as virtual reality and gamification, as well as a multi-channel media strategy.

An innovative digital tool will be used: a hybrid conferencing platform built on digital environments and 3D avatar models, the ability to embed and present content with a layer of direct communication channels and elements of gamification. The platform will offer live streaming of events, interactive chats and workshop video calls.

BTA's press clubs in 29 Bulgarian towns and cities will host conferences and local events on the topic.

Other goals of the project include videos, articles, social media advertising and animated infographics. A special subpage of BTA's website will be developed.

The Europe in Bulgaria project is worth EUR 348,871. It will be implemented between October 3, 2022 and October 2, 2023. The planned media mix is expected to reach between 700,000 and one million people in Bulgaria and Bulgarians abroad.