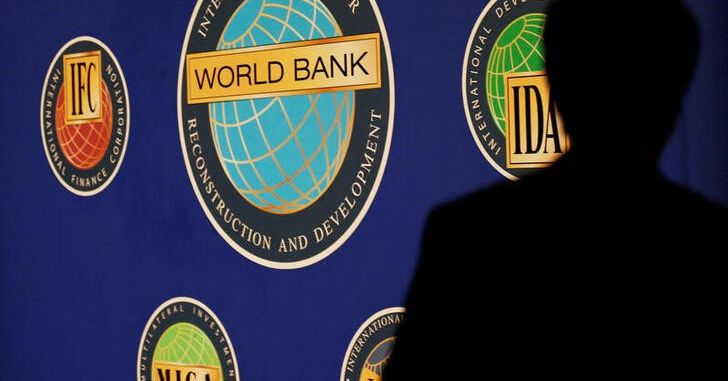 WASHINGTON, 3rd October, 2022 (WAM) -- The World Bank's Board of Executive Directors approved a US$400 million development financing agreement to enhance the performance of the logistics and transportation sectors in Egypt and to support the shift towards low-carbon transportation along the Alexandria–the 6th of October–Greater Cairo Area (GCA) railway corridor.

Egypt's rail system is one of the most extensive in Africa, with a generally heavier focus on its passenger services, and three freight trains per direction per day in the GCA with the rest dedicated to passenger trains.

The Cairo Alexandria Trade Logisitcs Development Project will implement a railway bypass to the congested GCA. The bypass will provide freight trains between the Alexandria Sea Port and the newly constructed 6th of October Dry Port, with an alternative route to the west of Greater Cairo. The operational bypass will also allow 15 container trains per day by 2030, and as demand increases, 50 trains by 2060 to this dry port. Additional freight trains will flow between the Alexandria Port, Upper Egypt, and the Red Sea.

The transportation sector is the second-largest contributor to Egypt's greenhouse gas (GHG) emissions after energy—contributing approximately 19 percent. Transporting containers and other freight by train has a lower carbon footprint than by road. The Bank estimates the project will reduce greenhouse gas emissions by 965,000 tons over 30 years.

"Reforming the transportation and logistics sectors is vital to Egypt's competitiveness and economic development," said Lieutenant General Kamel El Wazir, Egypt's Minister of Transportation. "This new project introduces several improvements in those vital sectors. The improvements are aligned with Egypt's pressing development priorities, which include decarbonization, trade facilitation, private sector participation, and gender balance in the workplace. Increasing the number of containers moved by rail from zero to 184,000 per year is one of the project’s key objectives. This flow of containers is primarily between the Alexandria Sea Port and the 6th of October Dry Port, both privately operated and railway oriented."

The project will support Egypt's integration into global value chains and its efforts to become a regional trading hub. This project will significantly contribute to Egypt's 2050 Climate Change plan, given the expected reductions in greenhouse gas emissions.

"This operation is part of a wider set of efforts dedicated to offering timely and comprehensive support to Egypt's economic development and climate change plans," said Marina Wes, World Bank Country Director for Egypt, Yemen, and Djibouti. "We hope that through supporting more job creation, including for women, a cleaner environment, and providing safer mobility, the operation will contribute towards a brighter and more prosperous future for all Egyptians."