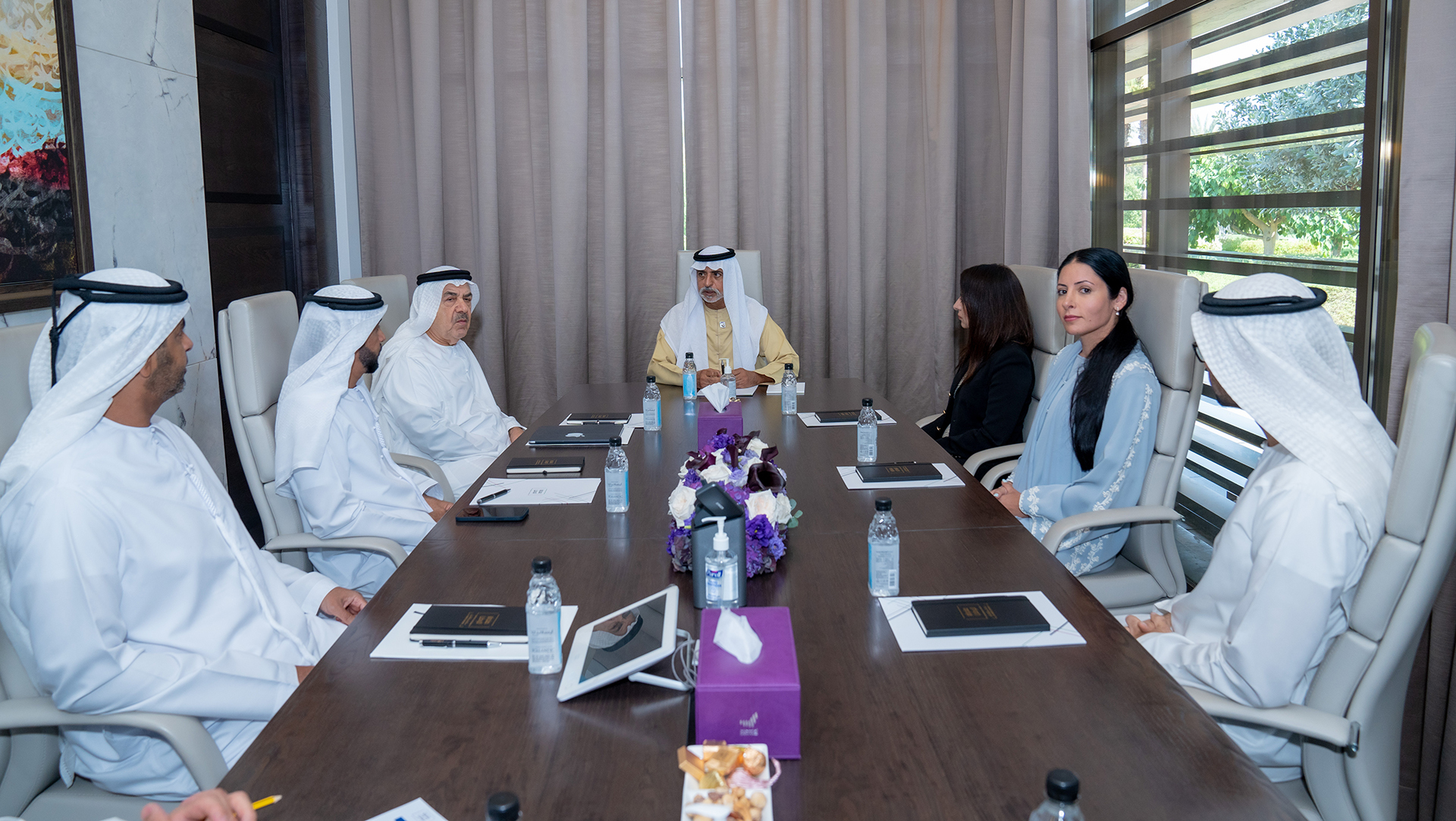 The meeting’s agenda included presenting the progress of the initiative’s report for the third quarter of 2022 and restructuring its auditing and risk management committee, as well as approving the initiative’s new logo, website and future plans.

Sheikh Nahyan began the meeting by talking about a range of developments related to Sandooq Al Watan and their impact on the objectives of the social initiative. Under this framework, he called on those concerned to focus on strategic sectors, such as health and education.

He then stressed that the initiative’s main areas of work include encouraging the employment of Emirati citizens in the private sector, promoting innovation among students and university students and enhancing national identity, which require significant efforts. He also highlighted the initiative’s keenness to comply with the vision of the UAE’s leadership.

He commended the interest of all business councils around the country to cooperate with Sandooq Al Watan and welcomed their efforts to train and employ Emirati citizens, highlighting the importance of celebrating the successful models adopted by the initiative, which has achieved significant success.

Sheikh Nahyan expressed his appreciation for the efforts of Sandooq Al Watan’s board, stakeholders and supporters, who have contributed to its achievements. He reiterated the fund's pledge to the UAE’s leadership to exert all possible efforts to help make the UAE a unique and pioneering model of successful innovation and development, as well as empower citizens and provide them with better lives.

The board members who participated in the meeting lauded the efforts of Sheikh Nahyan, who has improved the work of the initiative and enabled it to launch a series of programmes both inside and outside the country.

Al Gergawi talked about the success story of Sandooq Al Watan and its advancement, supported by facts and figures.

He also presented the fund’s new logo and website, which were approved by the board’s members.