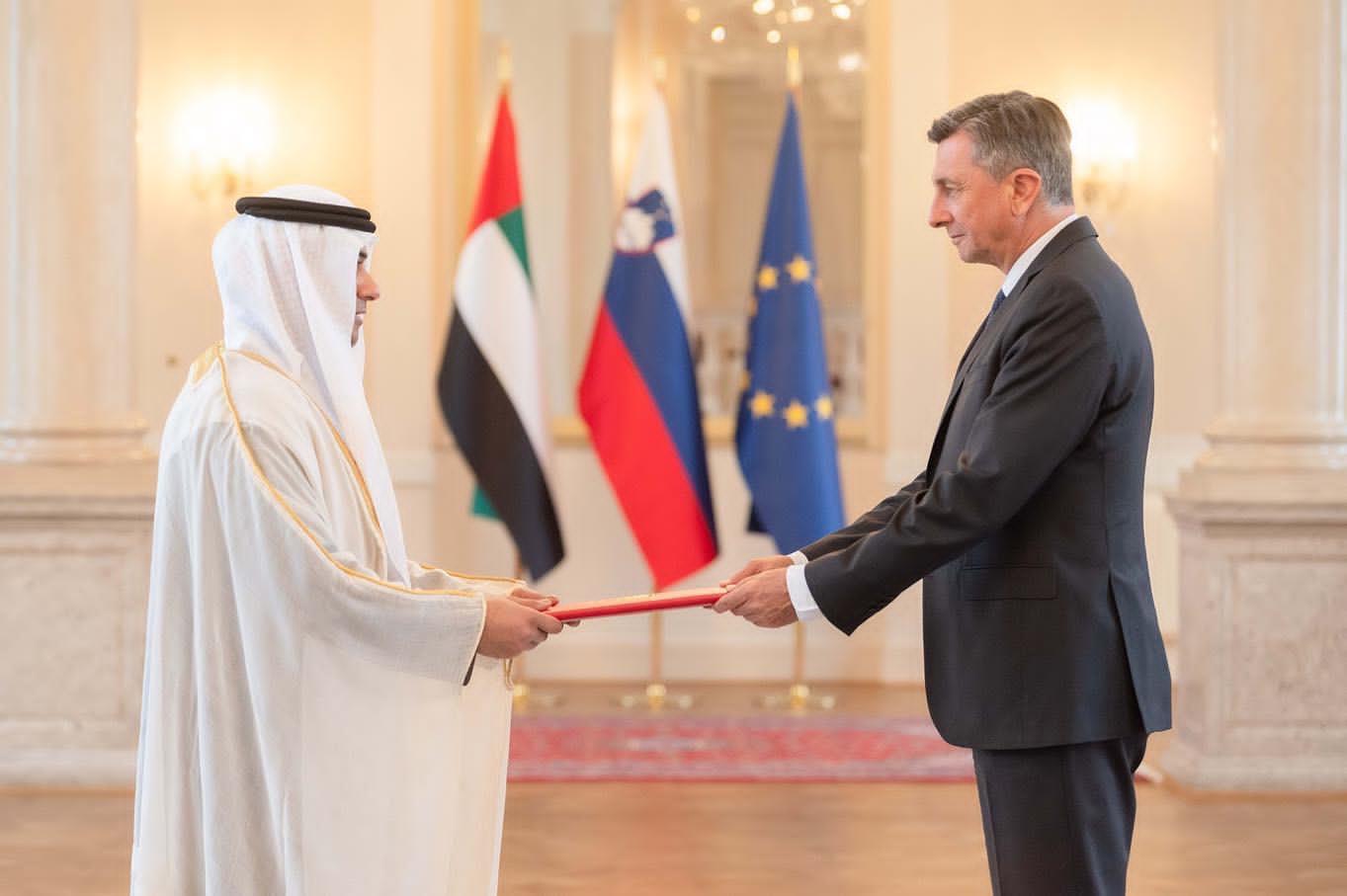 LJUBLJANA, 30th October, 2022 (WAM) -- Hamad Ali Al Kaabi, UAE Ambassador to Austria, presented his credentials to Borut Pahor, President of the Republic of Slovenia, as Non-Resident Ambassador of the UAE to Slovenia during a ceremony held at the Presidential Palace in Ljubljana.

Pahor also wished Al Kaabi success in his efforts to enhance ties between the two countries while highlighting his country's readiness to support him in his duties.

Al Kaabi, in turn, expressed his pride at representing the UAE in Slovenia and his keenness to enhance bilateral relations in various fields to strengthen the bonds of friendship between the two countries.

During the meeting, both sides also discussed ways to enhance bilateral relations to achieve the aspirations of the two countries and peoples.