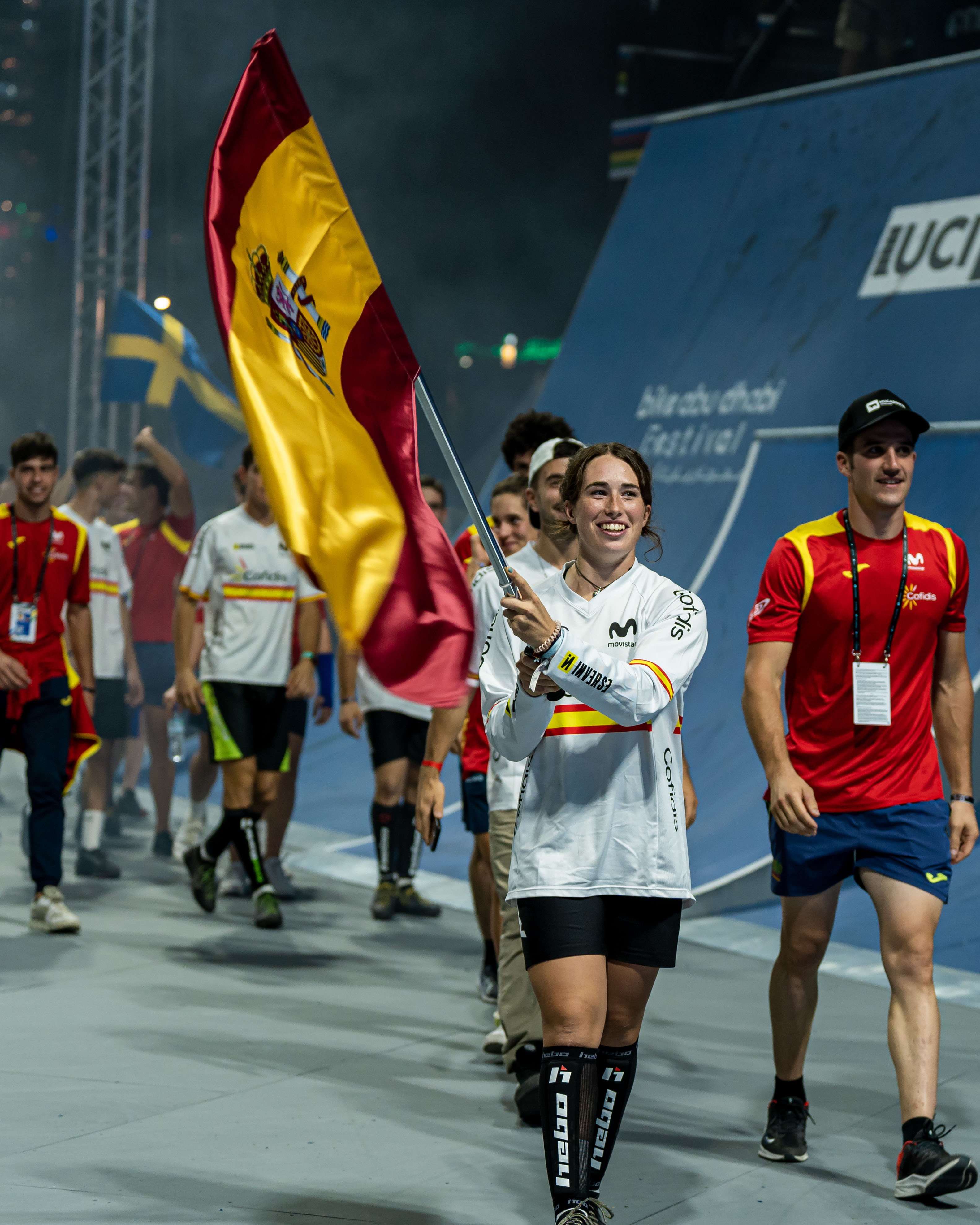 Vera Barón smiled as she finished with the knowledge that victory was hers.

The opening ceremony was attended by David Lappartient, UCI’s President, and Osama Ahmed Abdullah Al Shafar (UAE), President of the Asian Cycling Confederation (ACC), and featured a flag parade of the nations, and a traditional performance by a local Emirati Ayala band alongside demonstration of each discipline.

General Secretary of the Abu Dhabi Sports Council, Aref Al Awani, commented, “It has been months of preparation, and we are thrilled to have finally kicked off this amazing world championships here in the heart of Abu Dhabi. The competition is running until Sunday 13th November, so we have plenty more exhilarating cycling to see”.

Osama Al Shafar added, “As vice president of UCI, it is a true joy to see this competition arrive in my home country of the United Arab Emirates. The cycling scene in the UAE and all the emirates is growing day by day and I thank Abu Dhabi Sports Council for hosting another great event that further aligns Abu Dhabi’s vision in becoming a top tier cycling destination for professional sports”.