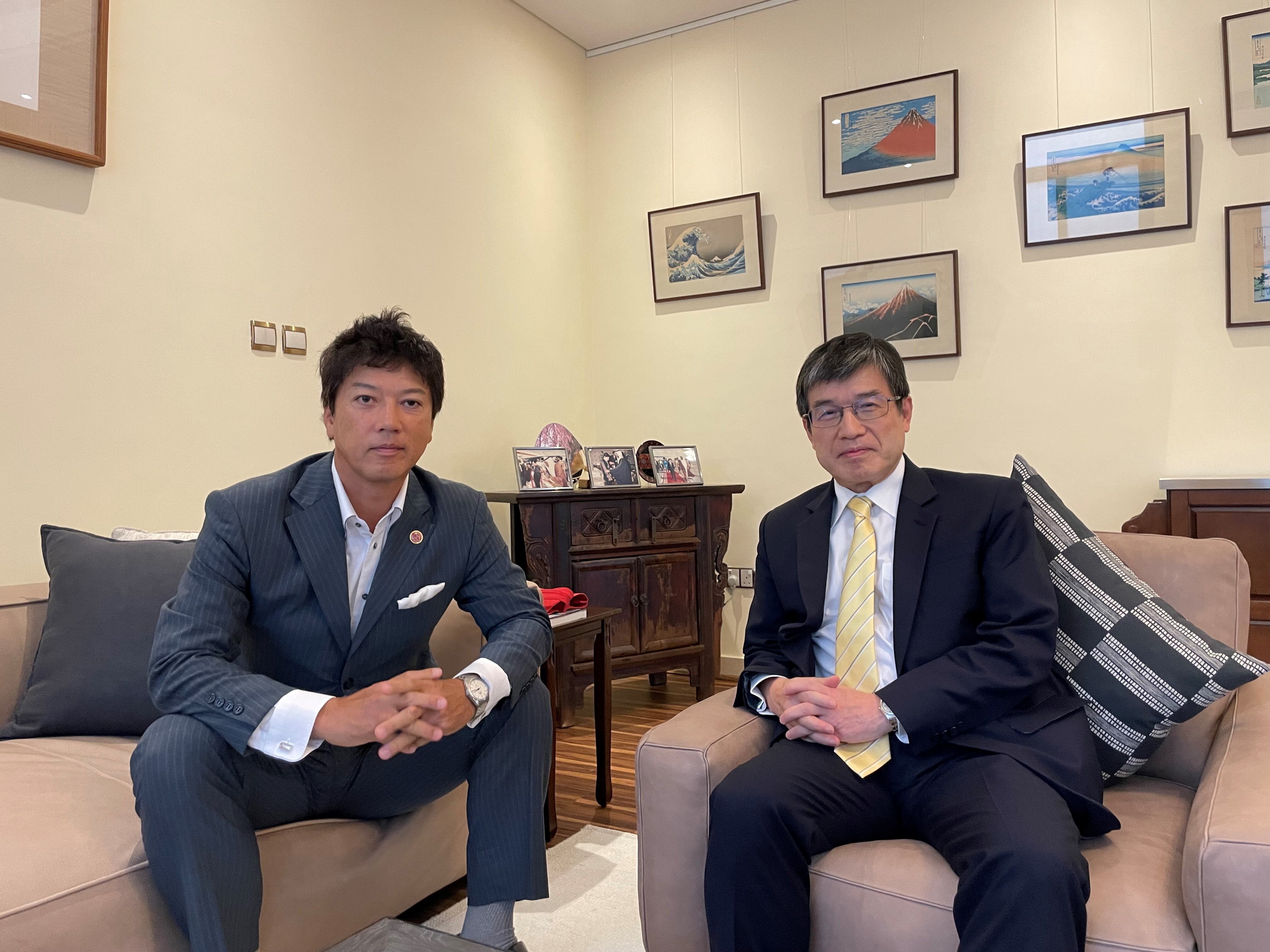 ABU DHABI, 11th November, 2022 (WAM) -- Japanese food has been popular in the UAE ever since Japanese people started living here several decades ago. Although Japanese expatriates remain a small community, the popularity of Japanese cuisine has outgrown the community’s size with its cosmopolitan appeal.

The number of food outlets offering Japanese foods in the UAE has made a quantum leap of 163.4 percent in the past decade, which reveals a multicultural society’s growing taste for cosmopolitan cuisine.

This keen interest of Emiratis and other residents in Japanese food has also played a major role in robust people-to-people relations, as Japan and the UAE are celebrating the 50th anniversary of establishing the diplomatic relations, two Japanese officials tell the Emirates News Agency (WAM).

From Japanese clientele in 70’s to cosmopolitan growth in 2022

“In 2013, about 142 food outlets across the UAE offered Japanese cuisine that increased to 342 in 2022, around 163.4 percent increase,” says Shiro Ohkubo, a Goodwill Ambassador for Japanese Cuisine in the UAE, appointed by the Japanese Government.

Ohkubo, who is also the managing director of Abu Dhabi-headquartered Summit Trading Company LLC, the largest Japanese food dealer in the Arabian Gulf established in 1977, explains that the given numbers are based on the client database of his company that deals with most of the Japanese food outlets in the UAE.
Initially in the late 1970s, the managing director says, the staff at Japanese oil companies in Abu Dhabi were the clientele that expanded over the years to mushrooming multicuisine Asian restaurants, exclusive Japanese restaurants, premium hotels, hypermarkets, supermarkets, catering companies and airlines.

Ohkubo says Japanese expatriates are the primary customers, but Emiratis, other Arab nationals, westerners, and Indians, Filipinos, and other Asians also love Japanese cuisine. Most of these eateries are premium outlets, therefore, the customers are high-net worth individuals, he adds.

Tokyo’s top diplomat in the UAE tells WAM the growth of Japanese food industry in the UAE is nothing to do with the number of Japanese expatriates living in the UAE, currently estimated at 4300 that has been stable for many years.

Akio Isomata, the Japanese Ambassador to the UAE, adds that he witnessed first-hand the role of Japanese food in connecting Emiratis and Japanese peoples, soon after taking charge as the envoy, during the Expo 2020 Dubai held late 2021 and early 2022.

“When you serve food to a friend you make yourself and that friend happy. Two people get connected through food. I witnessed it at the conveyor-belt sushi chain Sushiro [a type of sushi restaurant] that was annexed to the Japan pavilion at Expo,” he reminisces.

Many top Emirati officials visited the restaurant several times and one of them told him she had offered dinner to her guests there. “When another senior Emirati official told me he visited the restaurant 50 times with his family, I checked whether he meant 15 but he clarified that it was 50!” This experience prompts him to say, “Food directly catches people’s hearts and minds.”

There is a strong Japanese footprint in many sectors in the UAE, especially in oil and automobile industries, the envoy says. Likewise, he believes, during the 50 years of Japan-UAE relations, food is another industry where Japanese have made an impact in the UAE.

“It is not a flashy industry. But it caters to the basic needs of the people. It is very important as it gives a lot of joy to everybody. So, I think it is kind of very strong soft power that is evolving and developing itself in this country,” Isomata explains.

Therefore, he believes that increased popularity of Japanese food in the UAE has been a major development during the past fifty year-long Japan-UAE relations as it has further strengthened the ties between two peoples.

The top diplomat says the popularity of Japanese food in the UAE prompted the Japanese Government to appoint Goodwill Ambassador for Japanese Cuisine in the UAE that has helped its further promotion. The Japanese Ministry of Agriculture, Forestry and Fisheries appoints these ambassadors on the recommendation of the Japanese Embassies and Consulates in the respective countries.

Ohkubo is the first such good will ambassador in the Middle East and Africa region, appointed in 2019, and there is one more in Dubai. They attend various events to talk about Japanese cuisine and involve in all possible promotional efforts.

Ambassador Isomata notes that UNESCO has inscribed a Japanese social practice related to food on the Representative List of the Intangible Cultural Heritage of Humanity in 2013.

Washoku is a social practice based on a set of skills, knowledge, practice and traditions related to the production, processing, preparation and consumption of food. It is associated with an essential spirit of respect for nature that is closely related to the sustainable use of natural resources.

“It's not just food. It reflects aesthetics of Japanese people. Japanese cuisine can change from one season to another and uses different ingredients according to the season. So, it's a kind of holistic culture that is very close to the nature. We benefit from nature, so the respect to the nature is shown in Japanese food,” he explains.