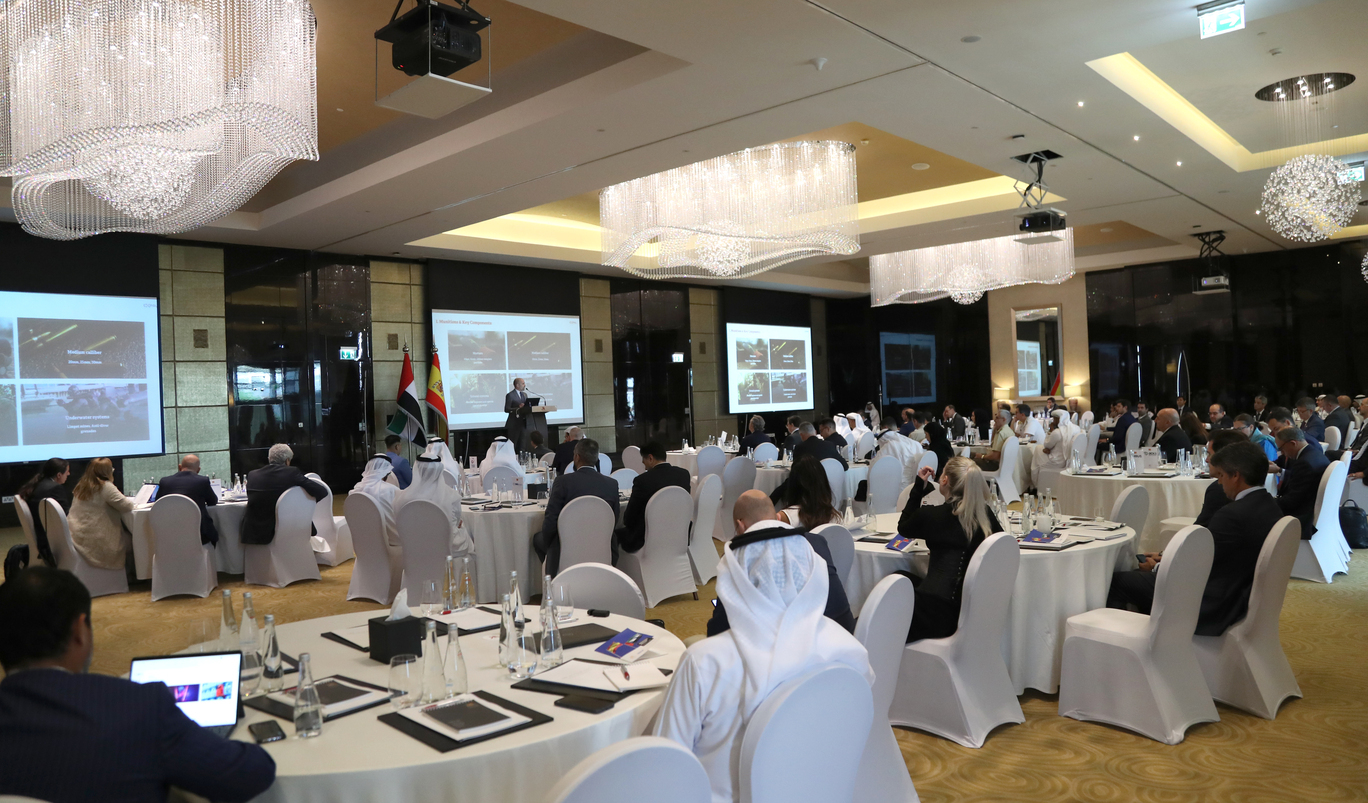 ABU DHABI, 22nd November, 2022 (WAM) --The accelerated growth of the UAE defense, aerospace and security industry provides an excellent opportunity for Spanish companies to collaborate and increase their industrial cooperation with UAE companies, said Tareq Abdulraheem Al Hosani, Secretary General of Tawazun Council.
Al Hosani was attending a UAE-Spain Defense Meeting, held today in Abu Dhabi.
The meeting was hosted by the Emirates Defense Companies Council (EDCC), in honor of a visiting delegation from Spain's Association of Defense, Aeronautical and Space Technologies (TEDAE).
Present were Inigo de Palacio Espana, Ambassador of Spain to the UAE, Ricardo Marti Fluxa, Chairman of TEDAE and Head of the delegation, Brigadier General César Augusto Saenz De Santa Maria Gomez, Head of the Foreign Support Office at the Spanish Ministry of Defense, Colonel Jose Bonastre, Spanish Defense Attaché and a number of Emirati and Spanish officials.
EDCC Chairwoman, Mona Al Jaber, praised the surge witnessed in the UAE-Spanish bilateral trade and expressed the hope for a faster growth of military and defense cooperation between the two countries.
“The UAE and Spain share a long history of friendship and close economic, commercial and cultural ties,” she said.
Ambassador Espana said, “In February of this year our President, Pedro Sánchez, and His Highness Sheikh Mohamed bin Zayed Al Nahyan, President of the UAE, met here in Abu Dhabi and welcomed an agreement that would continue expanding the bilateral relationships between our two great countries. This is an appropriate time to deepen our relations and deliver on that very agreement.”

“We are aware, in today's globalized world, of the multiple changes in the global geopolitical order that are taking place, in the emerging of new actors, new balances of power and new scenarios that generate ever greater uncertainty,” said Ricardo Flux. “For all of this, we believe that an important element in consolidating this international community of collaboration is entities such as Tawazun Council or TEDAE, which, together with our Ministries of Defense serve as a gateway for collaboration.”
The meeting saw pitches from the CEOs and senior officials of leading Spanish defense and aerospace companies, such as ACK3, Airbus, AERTEC, ANZEN Engineering, ARQUIMEA, and others.
TEDAE is the Spanish Association of Defense, Aeronautics Space and Security Technological Companies. It gathers more than 100 cutting-edge companies in these strategic sectors with the same commitment: technological progress and product and service excellence.