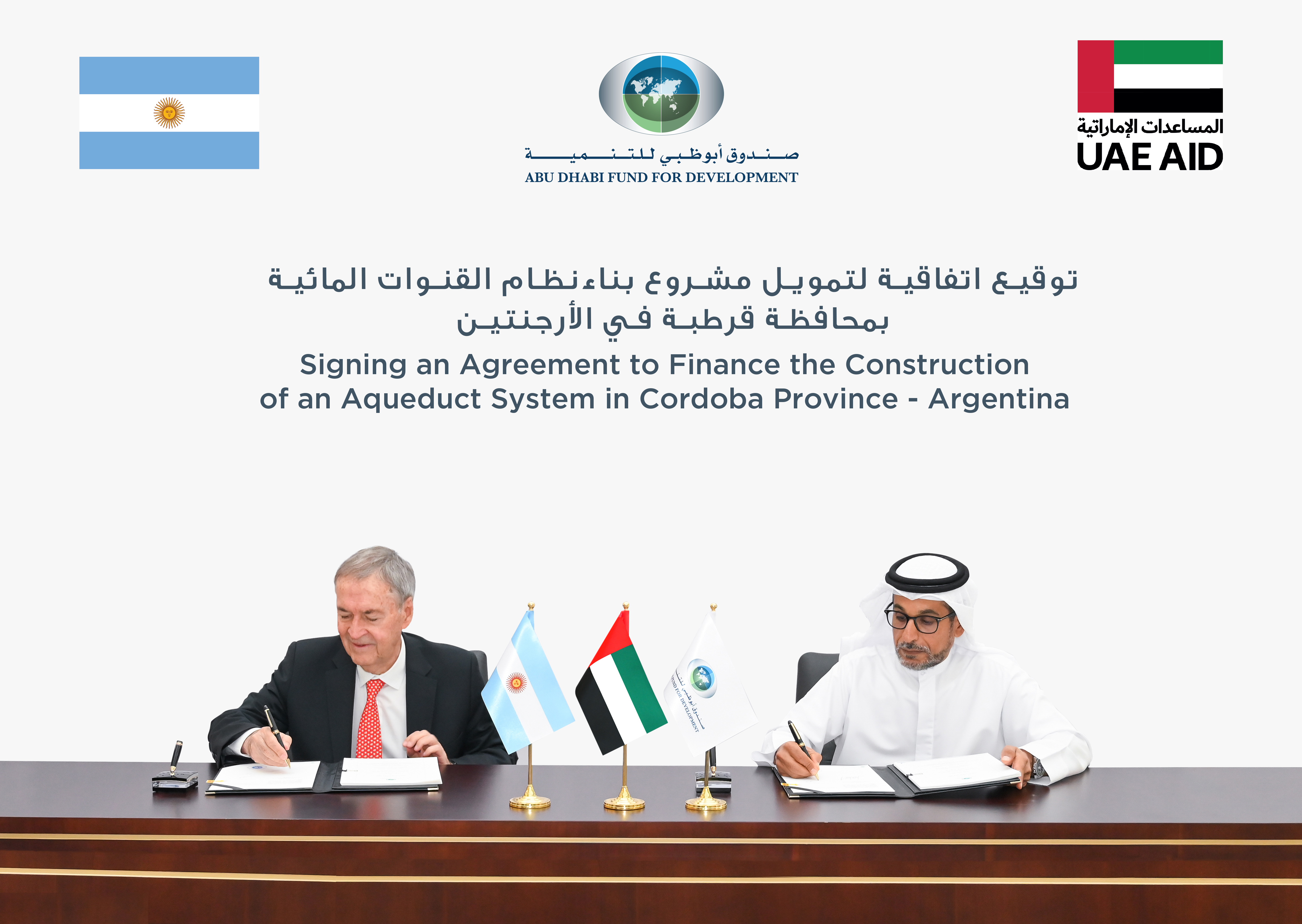 ABU DHABI, 24th November, 2022 (WAM) -- Abu Dhabi Fund for Development (ADFD) signed a financing agreement with the Argentine government for an AED105.8 million (US$28.8 million) project to build modern water plants and rehabilitate and expand existing water stations in 26 villages in Cordoba province.
The agreement was signed by Mohamed Saif Al Suwaidi, Director-General of Abu Dhabi Fund for Development; and Juan Schiaretti, the Governor of Cordoba.
The ceremony was attended by Saeed Abdullah Saif Joula Alqemzi, the UAE Ambassador to Argentina, and officials from both sides.
Al Suwaidi said, “The agreement is part of our effort to strengthen strategic relations with our partners and support them in implementing their development programs that are in line with ADFD’s vision to promote socioeconomic prosperity in developing countries. The event highlights ADFD’s effort towards achieving this objective and supporting the Argentine government in achieving its sustainability goals through the modernisation of the water infrastructure.”
Schiaretti expressed appreciation for the UAE and ADFD for enabling various countries to strengthen their economies. “The Abu Dhabi Fund effectively contributes to Argentina’s priority projects. The latest agreement will enable the country to achieve its goal to upgrade the water sector, make it more sustainable, and maintain an adequate supply of drinking water in densely populated areas in a sustainable manner.”

The project will involve the laying of about 255-kilometer supply lines, establishing 14 new pumping stations and purification plants, and raising the efficiency and capacity of the existing stations, in addition to service and advisory work and conducting a study on the environmental impact of the project.
Abu Dhabi Fund for Development started its operations in Argentina in 2016 by financing the AED55 million Nihavi hydroelectric project, and the AED294 million water networks development project in the province of Santa Fe. These strategic projects have had a major developmental impact on the country.